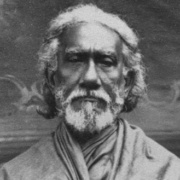 There is nothing wrong with being happy to belong to a certain family, community, social class or nation. Every individual needs a social base to work from. A yogi’s spiritual progress will be tested first by his ability to relate appropriately to those near him: his family in other words, biological and spiritual. As long as these are, even to the slightest degree, excluded from the love of God and humanity he is trying to awaken in his heart, there can be no soul emancipation.

But the feelings that are connected with this belonging may easily become stirred or agitated; the belonging become a mental issue, with thought-forms that set one’s own group, to any degree and in any way, apart from other human beings.

When this happens, loyalty becomes emotional instead of calm, clarity goes out of the window, and a meanness develops that will suppress the heart’s natural love. Sri Yukteswar simply calls this: pride of pedigree.

Years ago, after a happy, healing stay of three weeks at Ananda Village, I decided to leave without saying goodbye. It wasn’t good behavior, certainly, and I made it worse by writing to one of my friends whose feelings had been hurt: “My father always said, parting must short and unemotional!”

Her answer I’ve never forgotten. She wrote: “That shows me again how people copy their parents’ behavior patterns, instead of acting on their own feelings.”

Facing the emotion of parting with courage and an open heart would certainly have been the more expansive way for me to relate to her and other people’s feelings, but I wasn’t willing to make that effort. And then that same emotional laziness brought me to justify my behavior by proudly quoting my father who was, there and then, just one of the six or seven billion people populating the earth, and who had nothing to do with this particular situation and the feelings of those involved.

Yogananda said: loyalty is the first law of God. If we apply this sutra to family and country, it means that we should be loyal first to the universally based core values that holds those social groups together in a meaningful way, for those values spring from God’s intelligence and bring us closer to Him. Thus a loving mother reminds us of the mother aspect of God, a wise father of His wisdom; a spiritual community of the “sharp knife of free will” (a thrilling metaphor from Whispers from Eternity) upon which friendship rests; a wonderful country of the divinely inspired wisdom of its constitution. If we never lose sight of these core values in relating to our communities, then our loyalty can indeed become the powerful righteousness Yogananda speaks of. If, instead, it is tied to people or groups of people only, it can easily become emotional and therewith lose its causative power.

A friend of mine, after a full day of counseling in our Ananda Assisi community, said to me, as I drove her to the airport the next day: it was a bit much, but I must say, the person I have in front of me is always the most important one in the world.

This might actually be a good strategy to overcome pride of pedigree: trying to see God in whoever happens to be with you or near you at any time, giving them some form of special, heartfelt, spiritual attention: a prayer, a smile, a listening ear, anything appropriate for the occasion.

Try to imagine an excellent, highly professional counselor, whose teenage son is giving him a very hard time, maybe substance abuse or some other age related challenge. That counselor has had a very hard weekend with his family. Now it’s Monday morning, he’s back at work, and in comes a new client for a first, introductory session. That client turns out to have a teenage son with problems related to substance abuse …

Wouldn’t the counselor’s integrity be measured by the degree to which he can put his personal worries on a shelf and be fully there, for his client and his unique situation, while keeping full control of any emotional association there may be in his heart, between his own and his client’s son?

Does this kind of spiritual practice make you less loyal to your own people? Certainly not: it creates a joyful, solution oriented magnetism that will not fail to have a positive impact on them; it will also increase your power to be fully there for them and with them, when they need you. If you learn to control your emotional reactions in relation to your dear ones, you are leaving them free to explore their own consciousness and deeper feelings: what greater sign of love and loyalty can there be than that? But as long as there is an unduly attachment to form, name and pedigree, your ego will claim your loyalty and the road to soul freedom and happy relationships will be blocked.

For centuries royal families in Europe, anxious to avoid “impure” intrusion in their clans, arranged marriages among their own relatives. This practice not only caused all sorts of mental and physical diseases, it also made them completely unable to relate to the reality of the peoples they were supposed to govern. In fact, when your last name becomes the only merit that supports the position of power you are in, what motivation can there be to use it for the good of your people?

In our new age of Dwapara Yuga there is the so called American dream: the possibility for one with very humble origins to make it all the way up to the highest office in the country. Isn’t such a one much more likely to possess the wisdom to preside over government “of the people, for the people and by the people”?

Pride of pedigree falls under the government of Ego. As you may have inferred from the above, I think that Sri Yukteswar, who always encourages us to be relentlessly honest in our introspection, assigns a wider and subtler meaning to this meanness: a tendency to place merit where it doesn’t belong and the emotional turmoil that is caused by this form of self deception.

He may even have meant also: a tendency to place the blame where it doesn’t belong. If arrogance and shyness are two sides of the same ego coin, so are pride and inferiority complex. In fact Yogananda warns us against both.

Sometimes people have issues with their family that go on for a lifetime. They may blame their parents for many bad things they have done (and which might actually be true); they may experience their family DNA as a burden and even wish they were born into another family; they may see all sorts of undesirable characteristics in their own children.

The root cause for this meanness is non-acceptance of reality; the solution lies in a constant spiritual effort to accept people, all people, as they are. This is by no means a passive attitude and it requires much more energy than most people realize, for the acceptance should be of the heart, not of the mind. The mind should be kept free to see people as they are: an alcoholic father, a daughter not living up to one’s expectations, even traumatic family situations. But the heart should learn to accept all this as a manifestation of the law of karma, that allows no room for victim consciousness of any kind. The good news is that, once the mind begins to acknowledge how deeply the heart rejoices in this practice, there is no way back from your journey to full soul emancipation.

It may also help to meditate on the following words from the Festival of Light, that we celebrate every Sunday:

And whereas suffering and sorrow, in the past, were the coin of man’s redemption, for us now the payment has been exchanged for calm acceptance and joy.

Living with our Paramguru, as we do, is not easy. Sometimes, when I feel it’s almost impossible, I think of these words from our Guru in his Autobiography:

My relationship with Sri Yukteswar, somewhat inarticulate, nevertheless possessed a hidden eloquence. Often I found his silent signature on my thoughts, rendering speech inutile. Quietly sitting beside him, I felt his bounty pouring peacefully over my being.

Can such bounty ever come to us as long as our heart is troubled by racial prejudice or pride of pedigree?