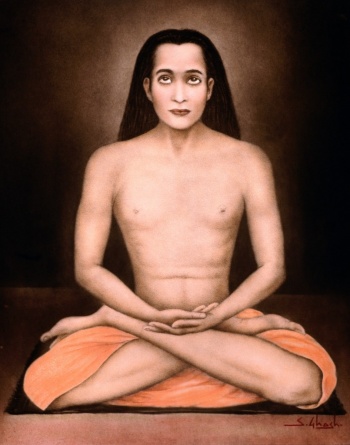 Babaji’s birth name and date are unkown. However his influence is felt throughout the world due to the compassion he showed to humanity in making the ancient science of Kriya Yoga once more available to all truth-thirsty souls.

Yogananda observed that the accessability of Kriya Yoga was lost due to ‘priestly secrecy and man’s indifference’. Babaji responded to the sincere request of his disciple, Lahiri Mahasaya, to grant the boon of Kriya Yoga to all souls who are genuinely seeking God. As such, it was he who sent Yogananda to the West to fulfil this Divine mission.

Yogananda said that Babaji was a reincarnation of the great prophet Krishna; for this reason, we often say ‘Babaji-Krishna’ when naming our line of gurus.