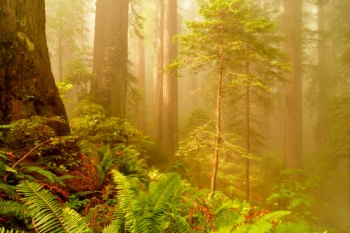 There are certain concepts that are part and parcel of the teachings of yoga, which is really an all-embracing approach to life. One of these key concepts is that this world is made of consciousness. It is not our brain that produces consciousness, but rather consciousness that produces our brain. In physics they speak of potential and kinetic energy. If the potential energy isn’t present, let’s say for a pendulum at the top of its swing, there won’t be the kinetic energy of its downward swing. Even at the time when the rocks were formed and the planets began to take shape, consciousness had to exist as a potential. If it had not been there, you and I would not be here talking. There had to be the potential for it from the beginning of time for the universe to produce life, consciousness, and the reality of my talking here and your listening.

This underlying reality of consciousness is something our Western civilization has not understood yet. Because of this, we have attempted more and more to discover answers in technology. I’ve actually reached the point in my own life where, you might say, I’m a rebel against technology. I use it all the time, but the fact that every time you buy a toothbrush you have to read a manual on how to use it makes you get fed up with the whole thing. I’m a human being, and I want to live by human values.

Intuitive Consciousness in a Time of Technology

With too much emphasis on technology and logic, we lose our appreciation of how to work with our intuitive consciousness. If you look at the lives of great scientists, you’ll find that even if they follow logic, they suddenly reach a point in their thinking where they make a great leap of intuitive understanding. Einstein understood the law of relativity in a flash. It took him quite a few years after that to bring it to a point where it could be logically explained, so that others could understand it.

Yoga is going to bring people back to their intuitive center of consciousness. Perhaps it won’t take place quickly, because the process of dissemination is very slow. But I’ve been teaching now for nearly fifty years, and I’ve seen a great change in the way people write, in the media, in books, in television. I’ve seen that people are talking more and more about an intuitive approach to things. It’s becoming more current, and what a few people do, gradually everybody will do.

I’ll never forget something I heard Buckminster Fuller say during an interview. He was asked the question, “Don’t you ever get discouraged? You keep talking and talking about your ideas for the future, and nobody listens.” Buckminster Fuller was about 84 years old at the time, and didn’t have much time left. I was so thrilled with his answer: “Not at all. It always takes at least one generation, often two, for people to begin to understand a new idea and accept it.” So we shouldn’t be discouraged if we find a change in the general consciousness happening slowly. But the power of what’s being done now is going to have tremendous repercussions in the future. It already has! I’ve been living long enough to see the change, and it’s enormous.

Yoga in a Time of Transition 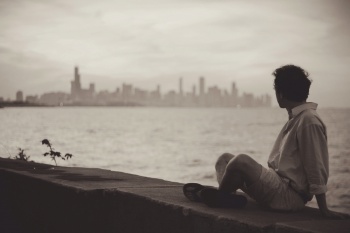 Today we’re living in a time of transition between old and new ways of thinking, and many people are trying to understand what it all means. It’s a time of processing. But you made this choice – you were willing to take up the struggle to bring a new way of thinking to an unreceptive culture. Even among students of yoga, many have left the path, have gotten confused. It’s inevitable. But if you look at it from the cosmic scheme of things, you’ll see that you get very good karma even for trying to be on the spiritual path. One of the most beautiful passages in the Bhagavad Gita is where Arjuna says, “If a person meditates and then falls from the path, won’t he be in a worse state than before he even began?” Krishna says, “No. No good effort is ever lost.” So even those who fail will get very good karma.

But what about those who succeed? They will have extraordinarily good karma. This is a marvelous time to be alive. Easy? No. Challenging? Yes. But in that challenge there is growth, and in that growth there can be salvation. Mind you, you are in the middle of bringing about something of great value and importance. A hundred years from now people are going to look back and say that the yoga movement was the most important thing that was happening in the world at this time. Another thing that will stand out is spiritual communities. With Ananda Village and our different branch communities, we have about 800 residents. More and more people are going to realize that the best thing you can do is live with others of like mind, share their ideals, share their practices.

But for all those who practice yoga, I think now is the time to get real and to use a little common sense. There needs to be less of the thinking that says because you’ve resolved to be something, therefore you are that. You are who you are. You have all sorts of lessons to learn. The fact that you have taken the path of yoga, taken it up seriously, doesn’t mean that suddenly you are a different person. You’re going to have to grow gradually from where you are. It takes time. It takes effort. Patience is one of the fastest paths to God. Recognize, then, that every step forward is a step in the right direction. Don’t have absolute values but relative ones in this sense – that you allow yourself to grow directionally toward whatever goal you are trying to accomplish. In this way you will become more calm, more peaceful, more awake and ready.

You may even meet people who are very worldly, but who are actually more calm and joyful than you are. Remember, we’re all starting at different stages. They may not even be on the path, and yet they may be more on the path then you are in certain ways. Have the humility and openness not to say, “It should be so, therefore it is. I should be better than they, more peaceful than they because I’m practicing yoga, therefore I am.” Compete against yourself, don’t compete against others. Realize that you have within you the seed to attain cosmic consciousness, if it takes one lifetime or one hundred lifetimes. 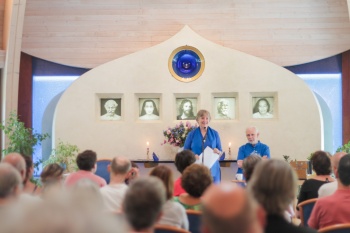 We need to try our utmost to bring into this country the consciousness that God is the doer – the consciousness of karma yoga, of serving God. If we don’t succeed, at least we’ll have tried our best. Once, early in his mission, Yogananda was lecturing to a crowd of five thousand people in Minneapolis. There was a moment where he pleaded with them, “Don’t let this message die.” One woman out of five thousand came to him and said, “I will keep it alive,” and she started a center. This was in the 1920s, and people weren’t nearly so ready for these things as they are today. Many times nobody came, and she would lecture to an empty room just to keep the energy going. It doesn’t matter whether you are successful or not. God will often bless you more if you’re unsuccessful, because you had the courage to try in the face of such obstacles.

But learn to be a channel for that divine consciousness. Realize that your life is basically karma yoga; and in that karma yoga, don’t keep things for yourself, but give support to others. Realize, in the last analysis, that you and others are the same being temporarily defined as separate – the ocean temporarily defined as the separate little waves. The veriest stranger is a part of you. But behind all those waves is the consciousness of God ever waiting for us to merge back into Him.

(An article from the keynote address to several hundred yoga teachers and students at the 1995 Unity in Yoga Conferenceheld in Snowmass, Colorado) 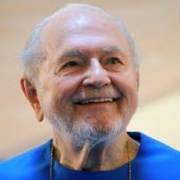 More from this author: See all
About Swami Kriyananda