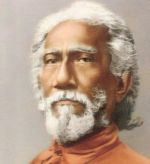 n The Holy Science Swami Sri Yukteswar lists eight negative qualities that prevent the natural magnanimity of the heart to manifest. Interestingly, he states that only after the heart is free of these obstructions, man becomes fully fit for the practice of Asana – remaining in steady and pleasant posture. An interesting statement for Hatha Yoga teachers all over the world to take into consideration!

In this series of blogs, we will study each one of these meannesses (as the great Master calls them) and explore ways to overcome them. And we will start with Racial Prejudice.

This meanness refers to the idea that one race or ethnic group is more evolved -and therefore better- than other races, and that the “superior” race has therefore the right to control, or even suppress the “inferior” race, just as man also controls the species belonging to the animal kingdom. Within the context of this “philosophy” the difference between races remains insurmountable, for the concept of race refers, not to people’s character, but to certain physical characteristics, mainly skin color, that do not change, as a person grows towards maturity.

The prejudice is actually much subtler than one would think. I heard of a quiz, especially designed to detect traces of racism in a person’s mind (or brain grooves). A friend of mine, after many years of meditation, tried it out and discovered she had to make quite a few corrections in her thinking and take the test many times, before, finally, she resulted completely negative!

The main reason why spiritual seekers, of all countries, need to face and overcome this meanness in their own heart, lies in the fact that the final purpose of any spiritual search is to attain Christ-Consciousness – the ability to perceive God’s presence equally in everything and everyone. Once God starts smiling lovingly at us through the eyes of all our fellow human beings, can there still be any prejudice left? And as long as the heart’s deeper feelings are suppressed by prejudice of any kind, can Christ smile at us from every corner of space?
Let us then focus on some of the deeper causes of the meanness and on possible ways to uproot them. Here are a three of them:

Mass karma: white supremacy is not just the recent movement in American society that many associate it with: it is the philosophy at the base of many centuries of European colonialism, of which the suppression of Native Americans and slavery on the American continent is only a part. In fact, the (so far) recorded history of the world is a story of peoples conquering and dominating other peoples. The current migrations of individuals from former colonies to countries of former colonizers is a karmic consequence of centuries of white supremacy. As those occupied countries in the past suffered under the foreign domination, people born in the west are now reminded, subconsciously, of that suffering and therefore feel uncomfortable sharing their country with immigrants coming from those parts of the world.

Possible remedy: remember that the purpose of Self-Realization is to transcend the influences of the world, which includes any form of mass karma. Therefore, instead of reacting emotionally to the karmic changes that are happening in your country, focus inwardly on core values like individual freedom, pursuit of happiness, justice for all. The more you embody those values with your own growing wisdom, even without talking about them, the less you will be affected by negative influences around you. You will become a positive, causative power, rather than a leaf helplessly tossed around by the winds of mass karma. As Swami Sri Yukteswar says: The deeper the self-realization of a man, the more he influences the whole universe by his subtle vibrations, and the less he himself is affected by the phenomenal flux.

Fear of change: change is life’s way to help us evolve and expand our consciousness. It is often experienced as an invasion of our comfort zone, but only when we accept it wholeheartedly, can we also experience the inner freedom and joy it brings. The blend of cultures and ethnicities that is now trying to happen in the world is something many people experience as a threat to their own egoic limitations. Yet, it is the breakdown of these limitations that opens the way to Christ-Consciousness.

Possible remedy: forsake victim consciousness! There is no power at all in blaming changing circumstances and other people – so called foreigners – for our own perceived misfortunes. There is a lot of power, on the other hand, in seeking security and safety in our own soul. Affirm with Yogananda: I will seek safety first, last and all the time in the constant inner thought of God-peace.

Mistaking emotions for ideas: many so called political ideas are really negative emotions in disguise, such as fear or anger. Pure ideas possess causative power, but emotions create nothing but chaos and block progress of every kind.

Possible remedy: Practice introspection and be very honest with yourself. It is a sign of dishonesty to continue to talk – or think – politics, when the real job to be done is to recognize the restless emotions in the heart and then calm them through yoga practice. Opinions are usually worthless. They refer back to the emotional state of the speaker who expresses them, and not to reality, which they break into little pieces. Worthwhile ideas in any field of knowledge –politics, psychology, philosophy, sociology etc.- spring from the deeper feelings of the heart and are the natural fruit of a long, comprehensive inner search for truth and understanding, based on relentless introspection.

The simplest way, however, to let go of any lingering remnants of this tendency in your heart, is simply to observe and accept this: we have entered an age of free flowing energy, too subtle to be stopped by barriers such as walls, religious bigotry, attachment to old ways, emotional nationalism and, yes, racial prejudice.

And we should not remain blind to the signs of the times.

In response to the needs of the future, Paramhansa Yogananda, a dark skinned Hindu from India, “invaded” the West to initiate a spiritual renaissance by blending the best qualities of the East with those of the West.

Although the spiritual knowledge he has brought originates in India, he has shown, that it is universally applicable for the spiritual regeneration of the world: race, ethnicity, culture etc. are only outward garbs. Inwardly all men are subject to the same spiritual laws.

How striking to see that Yogananda used the word “colonies” as the ideal for the future, when he spoke about “World Brotherhood Colonies, based on simple living and plain thinking.”

What a difference with the colonialism of the past, based on nothing but greed and racial prejudice!

By embracing communities and spiritual families like Ananda Sangha, you honor man’s need for Satsang, a company of like-minded souls, that transcends all limitations of racial and other prejudices. This meanness of the heart will then simply become a thing of the past, and your very life, transformed by the spiritual vibrations now available on earth, will bring hope for a better world!