A song from Swami Kriyananda performed by Vinaya and Aaryan 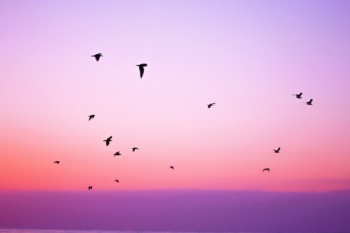 Really this lullaby is not about the subconscious state of sleep ... it's about that glorious freedom that comes to the spiritual seeker as his longing for God becomes stronger-
It is also about the liberty that comes when a great soul leaves this earth plane: death itself then becomes the joyful event is was meant to be.

This song was sung by various musicians at Ananda during the days following Swami Kriyananda's passing. It is now also dedicated to the memory of our brother Sunil who, after having greatly served his Guru's work through Ananda, only a week ago left his body after a tragic accident: may he fly in freedom!

Sleep is calling, soar in light.
Be a star shining through the night.
Tell all creatures that you love them.
Tell the shadows: “Be bright!”
Lullaby, Lullaby, Lullaby.