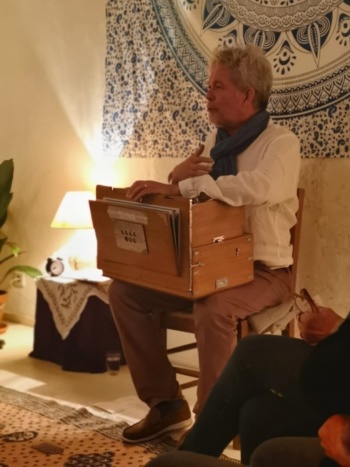 Master’s grace has finally reached the secular lands of modern Gaulle, where the first event organised by Ananda Francophone took place between 7th – 9th October. With the help of Darshan Lotichius, leading member of Ananda Sangha Europe, Ananda Francophone organised their first event to help spread the teachings of Yogananda. Very few of Swami Kriyananda’s works are available in French so far, and so this was a first for the French-speaking world to taste the delightful fruits of Ananda in their mother tongue. 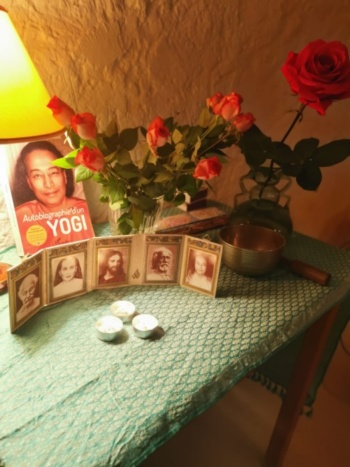 The first conference took place on 7th October in Provence, on the theme of “the original teachings of Christ” and their relationship to the philosophy of Yoga. The second event, entitled “Hope for a Better World”, was held in the magnificent surroundings of “Les Marions” in the Clunisois region – an important centre for the renewal of Christian spirituality during the Middle Ages. Despite its secular reputation, it now seems that the “land of the Enlightenment” is welcoming Yogananda’s teachings via their firmly rooted Christian faith and devotion.

Our stay at Les Marions was an authentic reflection of the teachings given at Ananda: yoga, meditation, walks in nature, Energization, Kirtan and Swamiji’s music. The cherry on top: sumptuous food prepared from the recipe book “A Taste of Joy” by Mahiya Matthews, and most importantly, moments of spiritual friendship were deepened and shared. 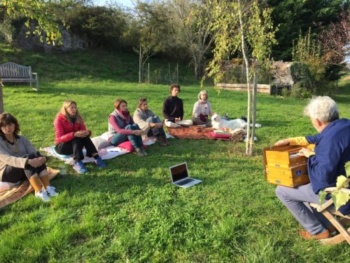 Fluidity, spontaneity, friendship… these essential qualities that make up our experiences of the Ananda communities were equally present. Marvelling at the harmonious unfolding of these first gatherings, we returned home with our hearts filled with joy.

The two events were supported by all members of the Ananda Francophone meditation group, illustrating how the group’s energy flows naturally from meditation to service together. 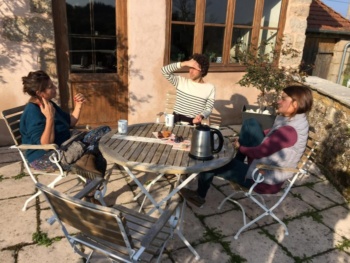 As we reflect on the joyful magnetism that gathered us together during these 3 days, a phrase from the Bible comes to mind: “Your love for one another will prove to the world that you are my disciples.” John, 13:35.

Write to us if you would like to join one of our Saturday evening meditations between 18:00-19:00 CET. 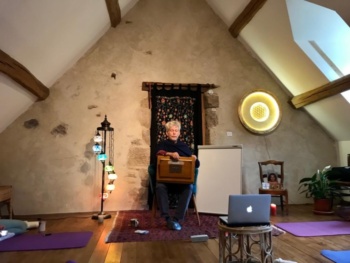 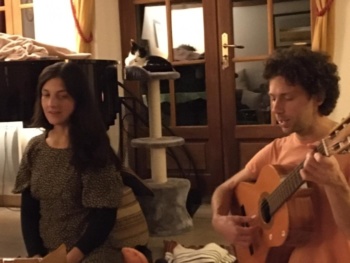 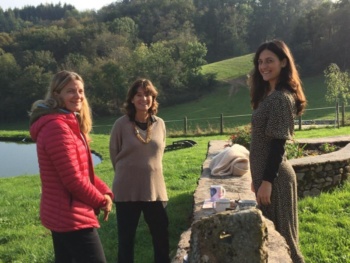 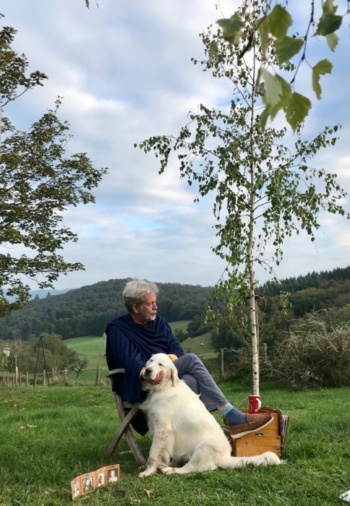 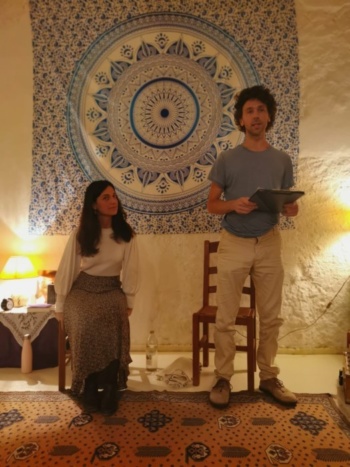 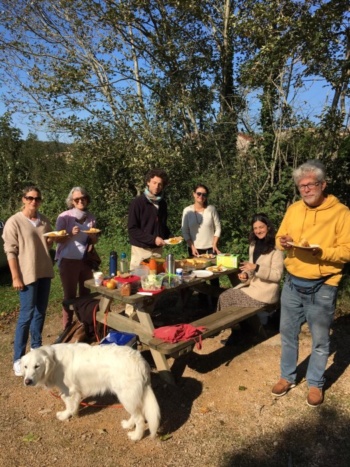 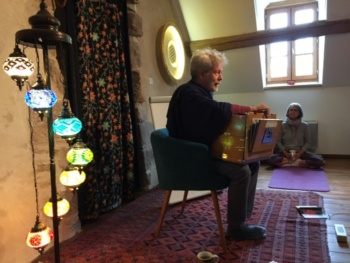