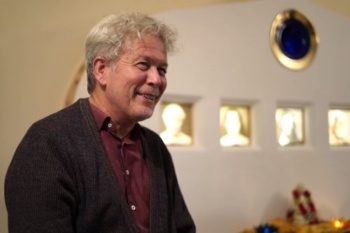 On October 2nd I arrived in Milan where Ada Maria, Davide and Shambavi had organized an entire Sunday for satsangs and sadhanas.

In the morning we began with a satsang for kriyabans. It was the first one I was able to do, with much gratitude, since Kirtani blessed me as a Kriyacharya.

The satsangs for kriyabans are very valuable, I would even say indispensable.  They awake one’s enthusiasm, they correct wrong habits that we inevitably make during our practices, and they help to discover new dimensions of this technique which is essential to our path. Every time, I notice that the most important part of meditation for many kriyabans is the most difficult one: the part in which we are silent and listening, pure meditation after our kriya practice. Lahiri Mahasaya asks us to remain seated and to deeply enjoy that which he calls the “kriya poise”, that sensation of calmness and satisfaction that no thing, person or situation in this world could ever give us.

The satsangs and guided meditations that are offered for kriyabans have recently increased, thanks to Shivani’s efforts in creating a rich calendar of online events for kriyabans. 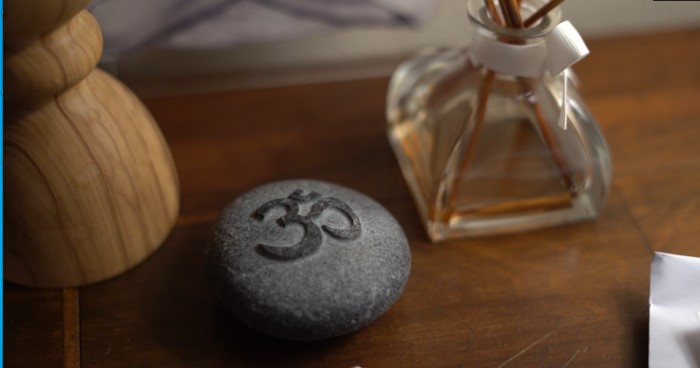 This time it was wonderful to do it in person with no cameras, no screens, and in the home of a long time devotee, Ada Maria. Many people who came in the afternoon had learned about Ananda only recently.  We had lunch with some of them, and we immediately established an atmosphere of friendship that is created among spiritual seekers seeking the truth which, as Jesus says, sets us free. It’s not easy to describe it: there is openness, lack of judgement, acceptance, encouragement…a flow that uplifts our consciousness.

And in the meantime, I enjoyed Milan as well, despite the rain – the refined aesthetics for the architectural vision of areas that have only recently been created which are evident even in the advertisements that are everywhere in this financial capital of Italy.

The satsang in the afternoon was organized by the Ananda team in Milan, the teachers being Ada Maria, Shambavi, and myself. At the end, a simple ceremony further strengthened the great magnetism of the event: the participants write, on a piece of paper, a quality they would like to develop, they place the paper on the altar and receive “the touch of Light” as well as one of Master’s aphorisms. 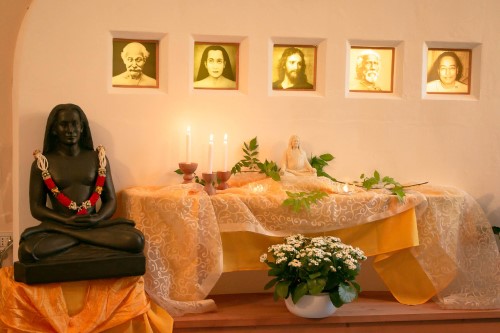 Right after the ceremony I left to continue my trip toward my next destination, Ananda Giri in Piedmont.  I was happy that a special event had been organized by the devotees in Milan and in which Master’s blessings could flow through the lives of all the participants.

In the late afternoon, I arrived at Ananda Giri directly from Milan, and there, also, we began with a kriya satsang.

Every place that is dedicated to the ideals of Ananda has its own local characteristics that make it unique. Ananda Giri is a hamlet in a small town in Piedmont. Janaka, who founded the center along with his wife Bharati, is also active socially in his town, therefore making Ananda Giri a sort of community within a community. A harmonious interaction exists between the two, thanks to the spiritual efforts of these two spiritual warriors. 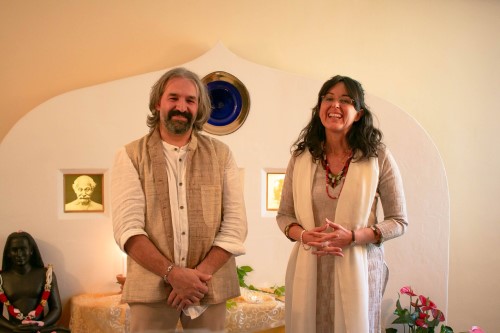 Ananda Assisi also has a beautiful relationship with its neighbors but not as “close” as here. Janaka and Bharati take care of their spiritual family with dedication, determination, focus on the spiritual teachings, generosity and love. The same love with which Janaka takes care of his elderly father who lives only minutes from the center and where Janaka stays to sleep four nights a week.

The spiritual family and the biological one come together in the daily life of Ananda Giri.

“Giri” means mountain. If it’s true that the nearby towering Alps in some way communicate the mighty Himalayas, where the great Babaji dwells, then the name of the Temple was a good choice: the Temple of Babaji – the heart of Ananda Giri that contains a statue of the immortal Master and where the Sadhanas of the community are held, and where the satsangs are being held for this event.

Anthony is already there when I arrive and is very enthusiastic with his first impressions. His valuable service is to create video material for the documentary that we will one day make regarding all the European sanghas. Videos are an important means in sharing the vibrations of Ananda and the Masters. Anthony is part of that flow of enthusiasm in creating increasingly beautiful and magnetic video material, thanks to the new technology and the new consciousness that is animating our sangha team. 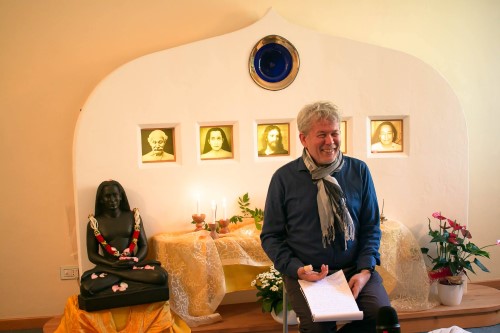 During the satsang on Sunday evening someone shared her enthusiasm for the various pranayamas she practices before meditating and which, according to her, could almost substitute kriya itself. However, kriya is the King of pranayamas, the heart of our practices, and irreplaceable. It is the pranayama that Sri Yukteswar refers to in the chant “desire my great enemy”, and whose power comes from practicing it, as Lahiri Mahasaya says. It is another way of saying that the most important thing of Kriya is simply to do it. Each kriya is a seed that is planted for a better future. 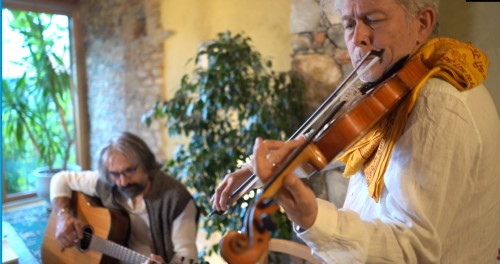 It rains on Monday, and I can enjoy the room so I can prepare for the evening satsang. Janaka and I rehearse some pieces of music for guitar and violin. Anthony interviews Janaka and helps me create a promotional video for a fee-charging online course that I will be giving next week when I am in Holland.

Monday evening is dedicated to the possibilities the teachings give us – to break out of the arena of opinions (which are, in reality, emotions disguised as ideas) so we may commune with the power of the causal world. “My dreams of perfection are the bridges that carry me into the realm of pure ideas”, the Master wrote. The more our inspiration comes from that rarified sphere that is close to God, the less we feel the need to convince others and ourselves, that it is one and the same.

We also have time to be together informally and enjoy the excellent local culinary products. The next morning I say goodbye to my friends and with a happy and grateful heart I continue on to Biella. 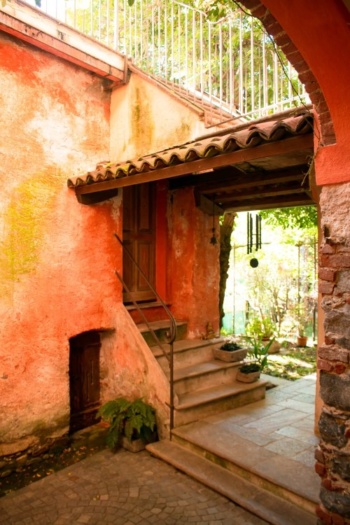 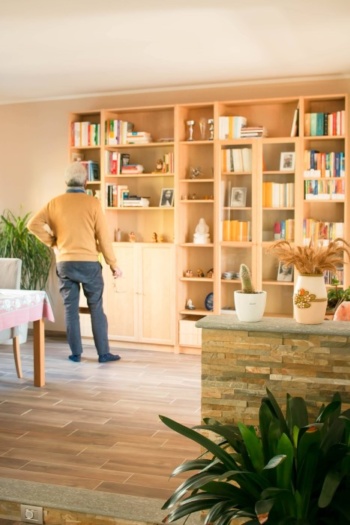 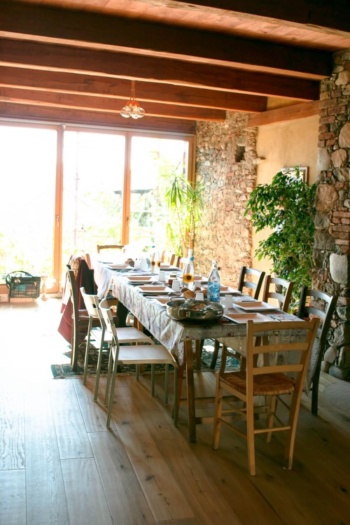