Shortly after World War 2 many letters arrived to Mount Washington from spiritual seekers in Germany. The Master was deeply touched. To his direct disciple, Swami Kriyananda, he then said:
“They don’t need bombs, they need kriya yoga! Maybe I’ll send you there some day” And Swamiji did go, some decades later, forging lasting friendships with many potential saints.
As a consequence of Swami’s travels in Germany, some of our best ministers and teachers, who have lived at Ananda Assisi for many years, are Germans.

Yogananda’s work in Germany and Austria through Ananda has recently expanded. Conversations with Yogananda has now been translated into German and during the pandemic a higly successful Online Yoganandafest was organised with the collaboration of German teachers and ministers from the Ananda Assisi community. Weekly online meditations now occur, satsangs are being organized and in November another Yogananda fest: ananda-online.de

On Saturday July 10th this wonderful cooperations of dedicated devotees gained the legal status which will give their service the stability it needs for its growth and expansion.
Let’s rejoice and send prayers to our German speaking Gurubais! 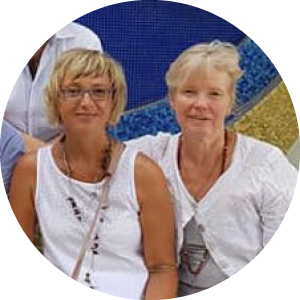 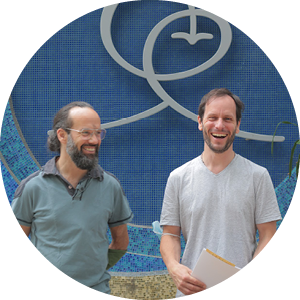