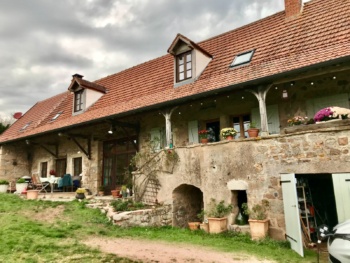 The Gurubais who hosted us have purposely called their team Ananda Francophone, as it consists of French-speaking devotees from Switzerland, Belgium, Italy and France.

There was ample time for informal satsang with Asha, who shared freely from the life-long inspiration she received through her close association with Swami Kriyananda, from the early days of Ananda until Swami’s demise in 2013. Ananda, she said, is all about fostering spiritual friendships, based on unconditional acceptance of where we are, and on life-long support for our spiritual growth. This can exist only when union with God is a shared goal, for God is the only source of true love. It also allows for time and space to work out difficult, complicated karma that Ananda members may sometimes have with each other. Indeed, as Swami said, this is an old family, and the creation of harmony requires sincere spiritual efforts from all members.

Yogananda writes about friendship:
Ah, friendship! Flowering, heaven-born plant!
Nurtured art thou in the soil of measureless love,
In the seeking of soul-progress together
By two who would smooth the way each for the other.

Asha certainly smoothed the way for all of us by conducting a Kriya initiation — Ananda’s first such initiation in France. It was as simple as it was powerful. 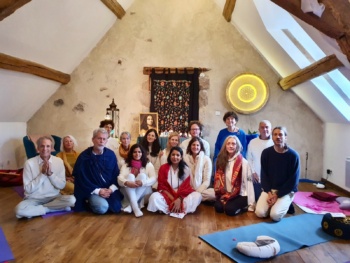 Another highlight during our visit was the conference she gave in a nearby village. These events, of course, need to be well organized in advance, but the musical facets of the program came about spontaneously. Because most of the team members know Swami’s music well, they were able to contributed their clear and powerful singing to the uplifting spiritual vibrations of the evening event after only one short rehearsal with Dambara. In addition, Asha’s capacity to tune in to people’s souls was keenly felt by all her attentive listeners.

Many members of this wonderful team are qualified Raja Yoga teachers. As far as I know, they have been the first to give an online “how to meditate” course, as a team.
Bramhacharini Lakshmi, the retreat manager of Ananda Assisi, flew over especially for the event to bring her service and friendship. Lakshmi, a native speaker of French, will support Ananda Francophone as an official Ananda minister. If you speak French, you can find her inspiring talks on YouTube.

Ananda Francophone will soon become a legally recognized association.
A note of thank-you to Alba, Antoine, Benjamin, Draupadi, Hansa, Jyotiprasad and Marco for all your service and friendship. May Master continue to bless and guide you in your work for him. 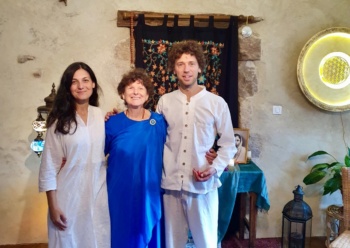 Asha with Alba and Benjamin 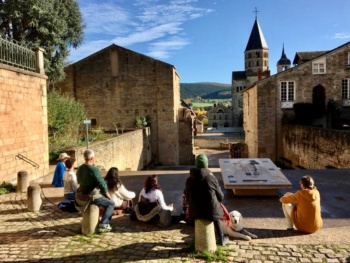 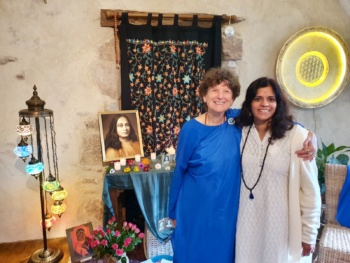 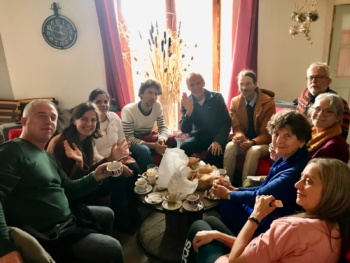 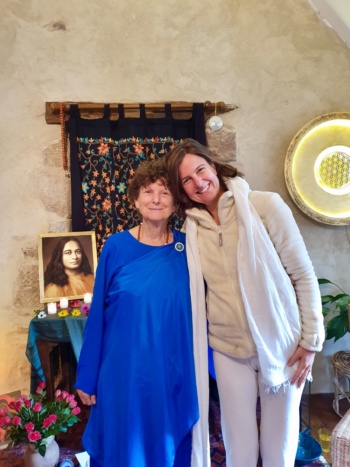 Les Marions, a hamlet in Bourgogne-Franche-Comté 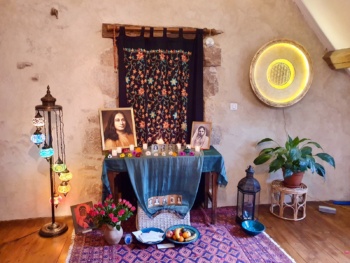 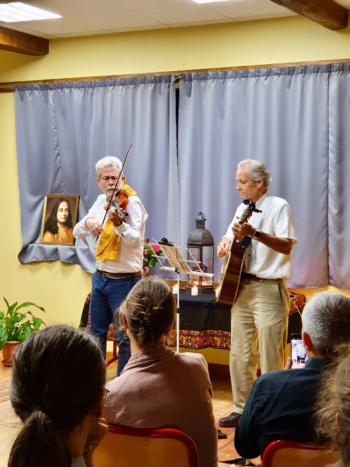 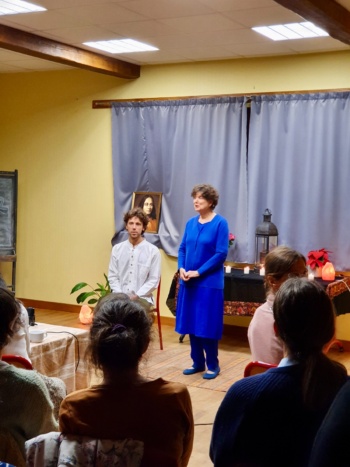