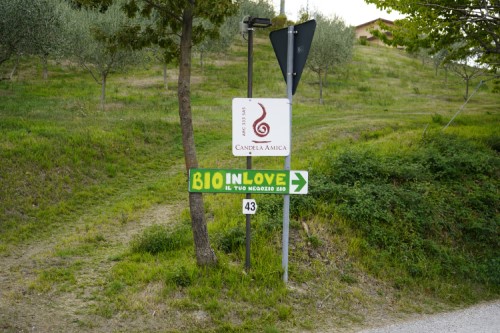 Candela Amica owes so much to Swami Kriyananda. The creative input came from him basically!

One day Swami Kriyananda asked Kabir (Peter MacDow) to start making candles for the Temple of Light. Kabir took a candle making course in London, and when he returned to Italy he began his candle making activity. 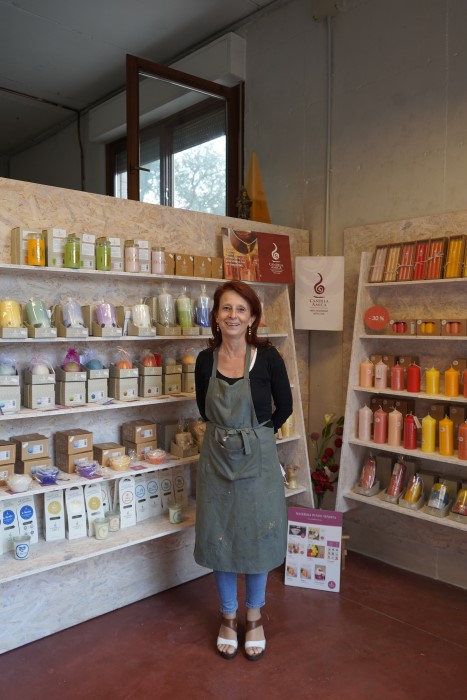 Honestly, I hardly even knew what a candle was, but I was fascinated with candle making which is the art of melting, coloring, scenting and pouring wax into moulds using different techniques and considerations. My fascination was due to the fact that it immediately seemed to me like a sort of alchemy. I decided, therefore, to take over Kabir’s business; it was 2004 and I was pregnant with my first daughter, and so, between one bout of nausea and another, that’s how Candela Amica began.

After having my first daughter, a second and then a third arrived. I continued making candles enthusiastically, but only as an amateur, up to 2017 at which time I moved to a suitable location, and since then Candela Amica has been a company that sells its products in shops and online. We have six catalogues and more than 120 types of candles made entirely by hand. Each year we add new types to our selection. 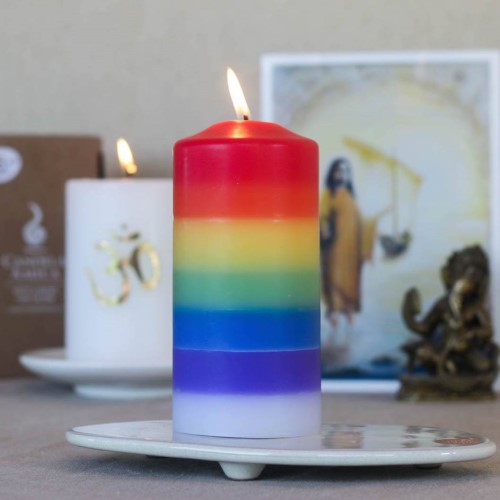 Among all our products there is one candle that has a particular story to tell, a story of gratitude and devotion. It’s about a candle that wasn’t hard to make but that Swami Kriyananda liked very much. Its name is, in fact…”Thank you Swami”, because when it was time to put a code on it (each candle has its own code!), our database automatically assigned the code – CA 2013 – the year in which Swami Kriyananda left his body here at his home near Assisi. 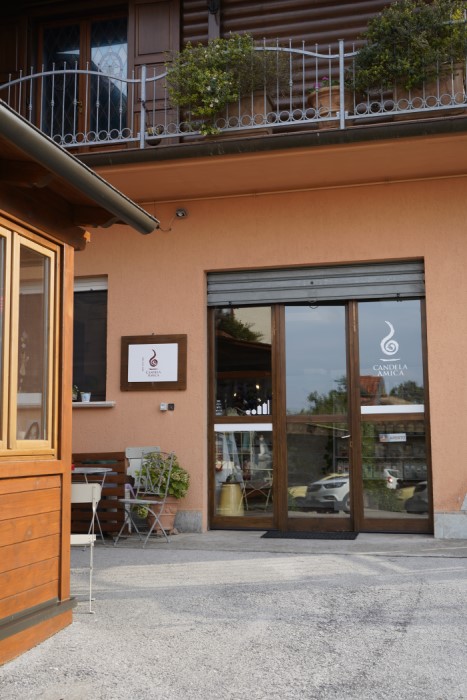 Candela Amica is precisely a business that tries to follow in its godfather’s footsteps, standing firm and rooted in “being” rather than in “doing”, and which bases its actions on respect, kindness and cooperation.

Thank you Swamiji. Candela Amica would not exist without your support!!!

It is for this reason that we would like to honor our origins by offering to all our Ananda friends a 10% discount coupon: simply type in: Grazie Swamiji (Thank you Swamiji). The discount coupon is valid for all purchases on our website until October 21, 2021. 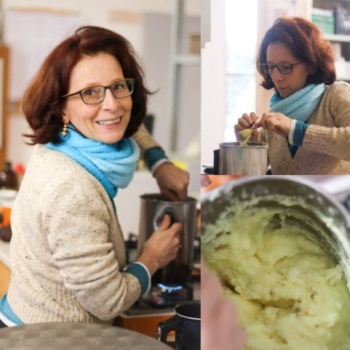 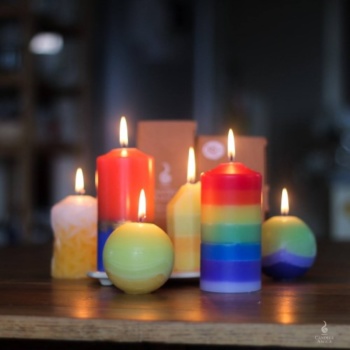