This being our first blog post bringing news from Ananda Serbia, it is difficult to decide where to start. Do we go back to the very beginning of Master’s work in this part of the world, or back a few years, a couple of months?

I suppose that for our first article an introduction is necessary. The first meditation group in Belgrade, the Serbian capital, was started in 1998. It was led by Gordana Sarson, a born Belgrader but living in Croatia. The first group of meditators came together under her guidance once a month. Gordana would travel 10 hours on the bus once every four weeks or so to teach Hong So and Energization to interested people and have satsang with those who had felt inspired to continue meditating in a group. At that time, the whole altar fit into a red tote bag and the group would shut the windows when chanting for fear of someone hearing and reporting the strange activities. 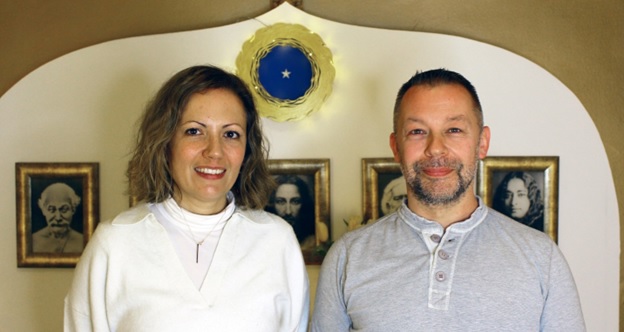 Fast forward to 2017 and from group meditations being held once a month in a space rented by the hour, Ananda Belgrade has evolved to having its own dedicated centre. The Ananda Serbia centre is in the bottom flat of an old house in a central part of the city, easily accessible by public transport but in a relatively quiet street.

The house where our centre is located is in itself interesting. In a meaningful coincidence, it was built in 1926, the year of Swamiji’s birth.

I find it inspiring that the little house where people now come to meditate was built while Master was still on this earth and that it survived WWII bombing raids and Serbia’s turbulent history. Would the builders who painstakingly placed brick on brick ever have thought that their work would one day become a temple, a place where souls come together to seek communion with God? 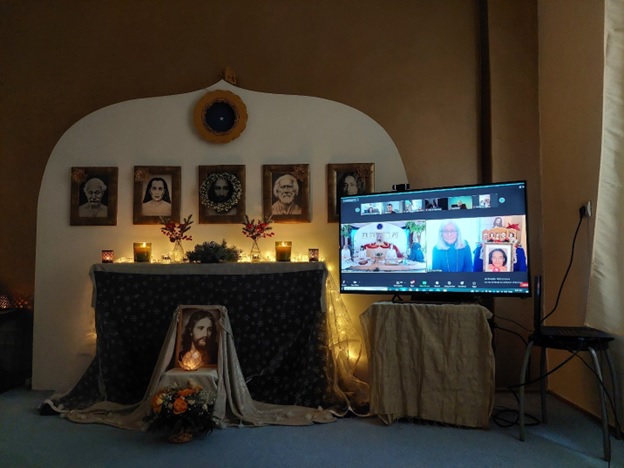 When lockdown started in March 2020, all our activities quickly moved online. The pandemic caught us in the middle of our Kriya Yoga II course, which we switched to teaching through Zoom. During the strictest lockdown, we also increased the number of group meditations to three a week. In addition to this, we also introduced weekly book study lessons on Autobiography of a Yogi that we streamed on Facebook, as well as occasional public talks on how to face difficult times calmly and courageously.

As is now clear, the pandemic served to push Ananda around the world to transcend the limitations of space and offer the teachings even more dynamically and to ever more people. All that is now necessary to receive the teachings is an internet connection. The same thing happened in Serbia. It is now our standard practice to offer all our satsangs and courses online as well as in person. This has meant that people from other places in Serbia, and other countries as well (Montenegro, Bosnia and Herzegovina) have been able to hear Master’s message, and learn how to meditate and energize. 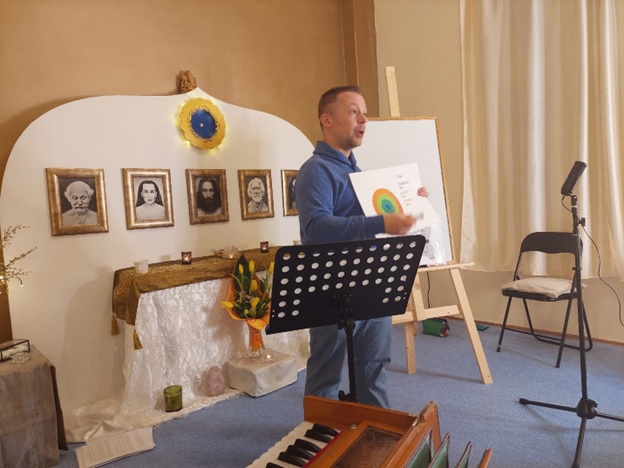 Narayan of Ananda Serbia Teaching a Course in 2022

In October 2021 we joyfully welcomed Arudra and Mahiya to our city. They stayed for a week and had many opportunities to meet different members, both as a group and individually. The number of teas they had in seven days must have gone well into the teens! We can joke about the teas, but it was particularly important for the members of our group who can’t speak English to talk to Arudra in our common language. This had the subtle but powerful effect of expanding Master’s mission in people’s minds and consciousness. The teachings no longer came just from the two of us, the leaders of the group. There was now proof that this work is truly global. The coming of these two great souls to our city was inspiring for all and further strengthened and magnetized the group. 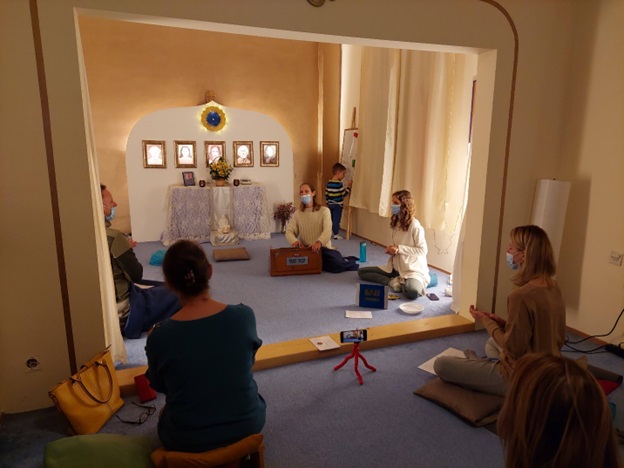 Kirtan with Arudra and Mahiya, October 2021

In February 2022 we took part in the online Kriya initiation organized in Assisi. One of our members received kriya for the first time but other kriyabans came together as support and to receive the blessings of this sacred ceremony. Once again, we were able to witness the powerful vibration that is put into motion on these occasions and that space is no limitation to the blessings of the Masters. 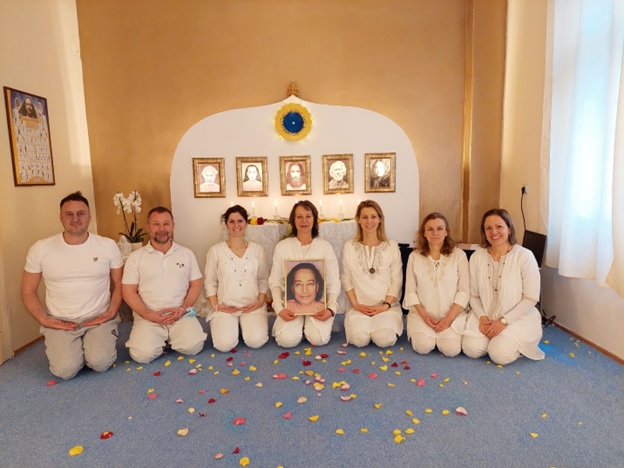 This spring we have been very active in sharing the teachings. We had courses on Sanatan Dharma (which we called “The Awakening of Consciousness”), karma and reincarnation, the chakras, and Hong So and Energization.

The two most recent courses (the chakras and Hong So/Energization) were very popular, attracting around 15 students each. They were also the first what we held with no pandemic measures in place, meaning that once again our centre was bustling with souls. The course on meditation and energization was also taught by two of our newer teachers, Priya and Mikica. 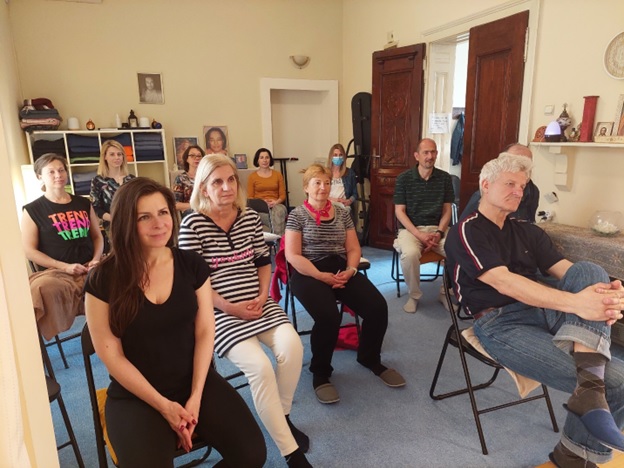 Hong So and Energization Course, May 2022

One might be tempted to say that things have gone back to just like they had been before Covid hit. But that would disregard the tremendous changes that took place in all of us.

The two years of pandemic-caused challenges were met courageously and energetically by the majority of our group. Now we are harvesting the fruits of our individual and group efforts to keep the vibration high. Our centre palpably vibrates more strongly with Master’s presence, the core members are more dedicated and enthusiastic, and there is a depth to the friendship between souls that was not there before.

Riding on the wave of this high vibration and enthusiastic dedication, we are now getting ready to come as a group to Ananda Assisi in November. The inner obstacles that prevented this from happening before, illusory in their nature but powerful in their influence, have dissipated. Ananda Serbia is now truly a family of pilgrims, journeying together to Infinity.

In the light of the Masters
Mukti (Hana Božanin)

Closeup of Altar. On the right is our most prized possession – a piece of Master’s shawl