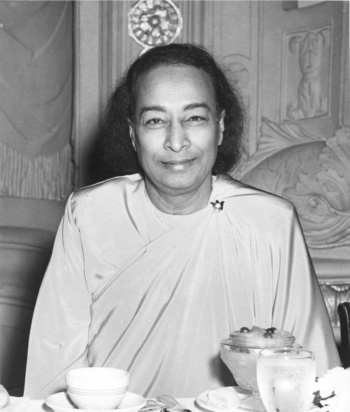 Yogananda’s last speech, delivered at the Biltmore Hotel in Los Angeles on 7 March 1952, was short. It lasted less than 10 minutes we are told. He finished his speech with a few lines from his poem, My India. “Then, his eyes lifted, he turned slightly to his right and sank quietly to the floor…”. This is how the moment of his mahasamadhi (his conscious leave-taking of the physical body) is described for us by those disciples who were present (See: In Memoriam, Self-Realization Fellowship 1958, p. 57).

It is interesting that of all his wonderful teachings, the one thing he chose to emphasize in his final speech is the need for world unity and peace, the need to unite the best of East and West, the need for a united world with God guiding the consciences of peoples and nations. Perhaps this emphasis on peace is because without peace it’s difficult to imagine the presence of any other divine quality like joy or love or calmness or, indeed, the possibility of attaining self-realization. We might recall how Christ, too, always gave great importance to peace: “Blessed are the peacemakers, for they shall be called the children of God” (Matt. 5:9) and “… have peace with one another” (Mark 9:50) and “Peace I leave with you, my peace I give unto you” (John 14:27).

So after addressing and welcoming those present, the very first words of Yogananda’s speech refer to Gandhi and world peace: “I remember my meeting with Mahatma Gandhi. The great prophet brought a practical method for peace to the warring modern world. Gandhi, who for the first time applied Christ principles to politics and who won freedom for India, gave an example that should be followed by all nations to solve their troubles.” (In Memoriam, p. 68)

Gandhi’s practical method was, of course, the practice of ahimsa or non-violence (the first of Patanjali’s five Yamas and a concept made famous by Gandhi) and recalls Christ’s teachings of loving one’s enemy[1], of turning the other cheek when faced with aggression[2],  and of avoiding taking up arms.[3] These teachings of Patanjali and Jesus would require a great deal of discussion as to their deeper meanings, but even on a first level of interpretation they leave no doubt as to the need for radiating love rather than aggression, for choosing peace rather than war. 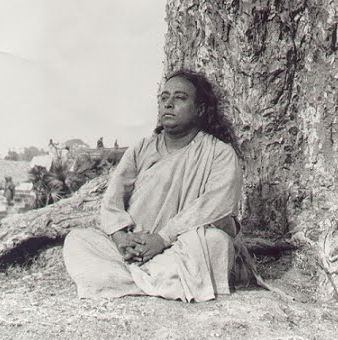 “let us all get together and unselfishly work out our problems”

However, Yogananda elsewhere talks of the difference between righteous war and aggressive war and we know that in previous incarnations he had engaged in war (as Arjuna, as William the Conqueror and -probably- as King Ferdinand III of Castile), but he also adds that it would be better if all nations were to put up their swords and say: “let us all get together and unselfishly work out our problems”, and he refers to Christ’s teachings of Love and Peace as the only real armament (see: The Divine Romance, Self-Realization Fellowship 1986, pp. 80-81).

The burning question, however, for all spiritual seekers and for all disciples (whether of Christ or Yogananda) is how to respond to the “warring modern world” that Yogananda refers to. More specifically, if we were inhabitants in Ukraine today, would we take up arms to protect our families and loved ones, our homes and our livelihoods? Or would we resort to prayer and try to repel the Russian invaders not with bombs but by chanting the sound of Aum? Yogananda counsels that “…the first line of action should be to use all spiritual and moral power possible to counter evil, and to strive to change the world’s inclination to war and violence by removing the causes that strengthen evil – poverty and hunger, disease, injustice, greed, and selfish interests.”

However, he makes it clear that it is not unrighteousness to defend ourselves against wars of aggression. “To protect one’s country and its helpless citizens against evil,” he says, “is righteous action” (see: Journey to Self-Realization, Self-Realization Fellowship 1997, p.196).  Personally, I thank God that I am not in such a position and I pray to God not to be tested in this way.

And for all of us who are not faced with this dilemma, the question remains: what can we do?

Jyotish (Spiritual Director of Ananda Worldwide) wrote in his blog this week (dated March 4), that we have to try to counterbalance the negative and dark energy being emitted by the events in Ukraine with positive energy, with light. Because when wars or disasters or pandemics occur, they do so because of an imbalance of vibrations in the world (and there are many references by Yogananda and other masters to this fact).

So let’s pray, yes; chant Aum, yes, but above all let’s try to radiate goodness, kindness, peace and harmony in our own lives, in our thoughts, words and deeds.

We shouldn’t wait for the world leaders or world organizations to restore peace, to restore the imbalance in energy, but should restore peace in our own minds and hearts and let it spread in ever-widening circles to all those around us. 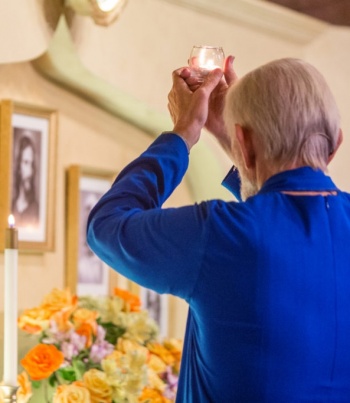 Nayaswami Jyotish: “Will you join me?”

We need to expand our hearts and raise our consciousness if we want to see an end to war. There’s no other way. Jyotish ends his blog with these words: “I am making a pledge to do my best to act throughout each day with peace and harmony, and to strongly radiate those vibrations to the whole planet.” He asks: “Will you join me?”

Yogananda’s last speech opens, as was said, with the reference to Gandhi and the warring modern world. It ends, before the lines from his poem “My India”, with words concerning peace on earth; words that are ever relevant and resound today more than ever. Addressing himself to the Indian Ambassador and, indeed, to all who were present at the banquet, he says: “I do hope and pray […] that you will always emphasize the airplanes of mercy from one country to another instead of airplanes that carry bombs to destroy. Let us work for peace on earth as never before. We want a congress of scientists, of ambassadors, of religious men who will constantly think how to make this world a better home, a spiritual home with God as our Guide.” (In Memoriam, p. 69)

And we should be optimistic that this will one day be the case and not be filled with fear (the most surreptitious of Maya’s weapons, more dangerous even than guns and bombs) because in the end, it’s always Good that triumphs. Truth triumphs. Light triumphs. Love triumphs. Evil is vanquished. 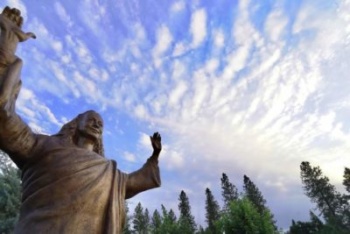 “The world is not going down to destruction…”

Yogananda assures us of this in a talk given in 1948 at a dinner again in honour of Mahatma Gandhi and the cause of world peace (see: Journey to Self-Realization, pp. 195-196). “The world,” he says, “is not going down to destruction. So don’t be frightened. Believe in your Father. He will protect you if you remember His ideals, if you keep faith in Him… No matter what happens, the Spirit will win, I predict this… Anybody who uses the bomb, motivated by aggression, will fall by the bomb… As Hitler with all his power fell, so any dictator, wherever he is, shall be downed. This I predict.”

[1] “But I say unto you, Love your enemies, bless them that curse you, do good to them that hate you, and pray for them which despitefully use you, and persecute you” (Matt. 6:44). 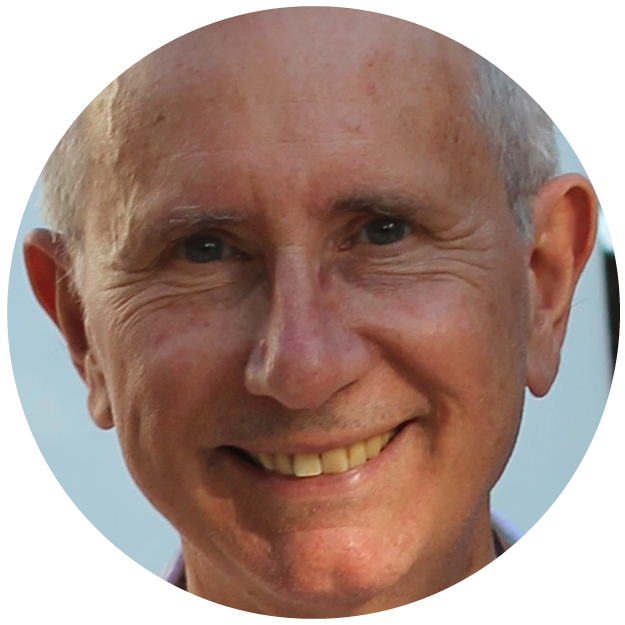