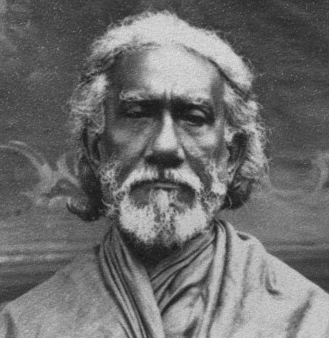 The seed of Self-realization lies buried in man’s consciousness. It is the natural love of the heart, waiting to be awakened by man’s willingness to turn his attention within and seek connection with his own Spirit.

It’s not necessarily an easy path to travel by: sometimes winding and uphill, other times straight and smooth; sometimes bright and tranquil, other times dark and beleaguered by ambushes. It is surely never paved, and although roses can be smelled and seen at times, their thorns, too, are keenly felt. 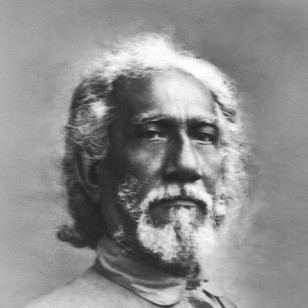 Sri Yukteswar tells us that the heart grows towards maturity in stages, five in number: the dark heart, the propelled heart, the steady heart, the devoted heart and the clean heart. Knowing this, we are better able to check if we are travelling in the right direction: dwelling in darkness or, step by step, climbing all the way up, from darkness to pure light.

Let us now invite the great Gyanavatar into our cities, our houses, our offices, our daily lives – our hearts, and ask him to help us explore these stages. And let’s begin at the beginning. 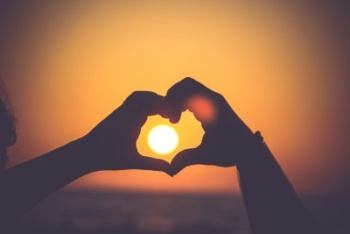 The dark heart: At this stage pain and pleasure are experienced primarily through the senses

At this stage pain and pleasure are experienced primarily on the physical plane, through the senses. This specimen of humanity is called sudra and his perception of reality is confined to the material universe. Thus he sees the brick stones of which a beautiful building is made, but may fail to appreciate the vision underlying its beauty and the energy invested in its construction. At best he may idealize the building as a good hiding place or a protection against a forever hostile world.

We all carry the memory of this sudra within us. There would be no apparent harm in living forever in the bliss of ignorance, if the long-term effects weren’t so terrible. These can extend far beyond the span of one incarnation and often manifest in mood swings. The mind that revels in intense temporary sense pleasures, will inevitably be dragged down by the opposite experiences of emptiness, disgust, and torturous restlessness. 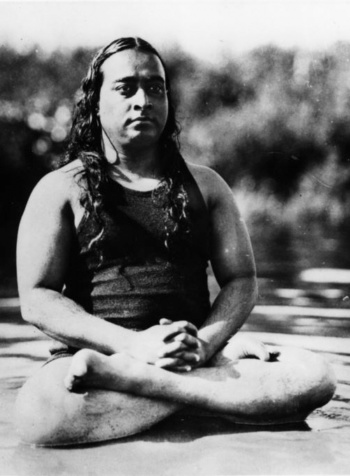 Paramhansa Yogananda said about moods: “They are caused by past overindulgence in sense pleasures.”

The Master’s direct disciple, Paramhansa Yogananda, said the following about moods: “They are caused by past overindulgence in sense pleasures. They are the consequence of over-satiety and disgust. Don’t give in to them … if you indulge in moods, they will reawaken your past desire for their opposite pleasures. Thus, they will pull you down into delusion again.”

So, if you suffer from moods in this life, you now know where they come from: it is the legacy of the sudra existence through which we have all passed or are still passing.

One particularly pernicious mood is commonly called depression. This has become somewhat like a label, like ADHD, or bipolar, with the inevitable result that we look at the label and forget about the individual, who alone possesses the keys to the type of healing (s)he needs. In fact, I myself was a bit prejudiced against the term, until an interesting experience taught me some compassion.

I was staying with an elderly couple in a little cottage near the North Sea, in the Netherlands. The sea was grey and wild; dark clouds were passing swiftly in the sky, propelled by a storm that seriously compromised every mental effort to focus. The moon, the sun, and the stars seemed to be gone forever.

My friends were downstairs, drinking a bottle of wine and watching the news, which was depressing as usual. Although still young, I was already a yogi. Not wanting to interfere in their choices, I went upstairs and started to pray.

I was used to receiving some type of positive response to my prayers, especially in the form of sweet intimacy with Divine Presence, but this time something else happened. All of a sudden I found myself energetically and emotionally clogged. My willpower received a blow and lay wounded in a corner. A dark feeling of gloom and despair entered my system.

Fortunately, the silent observer in me, trained by years of dispassionately watching the breath, had survived the blow. He observed the situation and then calmly said: “This is depression, and it’s difficult.”

Since then, I have no longer repudiated people’s use of the term “depression” for themselves or for others.

If you are now struggling in an abyss of gloom, cheer up: there is some good news for you.

For Sri Yukteswar says: all the sudra needs to do is to secure the company of some more highly evolved human being. That association alone will give him the strength to take a first step up the road towards enlightenment. 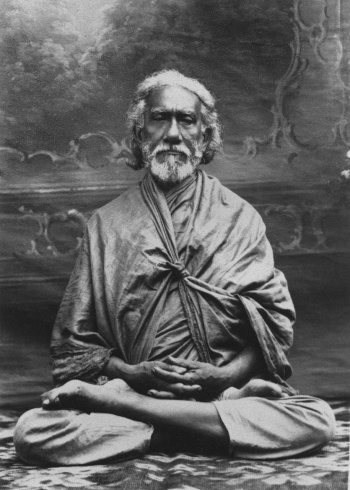 Sri Yukteswar: All you need to do is think him near, look at his picture, call him in prayer and study his teachings.

If you are reading this article, you have found, in Sri Yukteswar, the best possible company you can imagine! All you need to do is think him near, look at his picture, call him in prayer and study his teachings, which can be aptly summarized in his following words of solace and encouragement:

Forget the past! The vanished lives of all men are dark with many shames. Human conduct is ever unreliable until anchored in the Divine. Everything in future will improve if you are making a spiritual effort now.