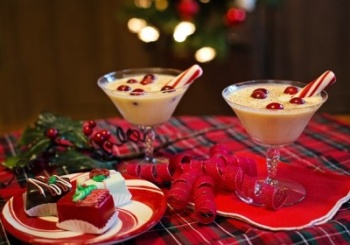 For the community Christmas Eve party, Swamiji suggested we serve alcohol-free eggnog. I was in charge of the Retreat kitchen, but I didn’t know how to make eggnog, so he sent me a recipe (known as ”Swamiji’s recipe,” though he always said he got it from the bulletin board at a supermarket!). Before I came to Ananda, I was a bit of a fanatic about diet. Master recommended a more moderate approach, and Swamiji wanted the Retreat kitchen to reflect Master’s guidelines, not the rules I was inclined to impose. I knew Swamiji was right, but sometimes I rebelled anyway. 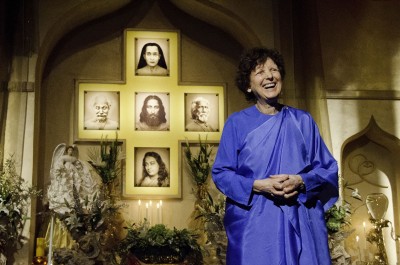 A key ingredient for the eggnog was Eagle Brand Sweetened Condensed Milk. But it came in a can and was made with sugar. According to my system, these were two strikes against it. So I substituted a thick brew of powdered milk and natural honey, which I thought would be healthier. I didn’t take into account how it might taste. In fact, it tasted awful. The milk was chalky, and the honey was as strong as molasses.

On Christmas Eve morning it began to snow. Swamiji lived at Ayodhya – over the hill from the main village – and in the late afternoon Seva drove him to the Retreat in her Volkswagen Bug. By then there were nearly blizzard conditions. Swamiji came to the kitchen to see how things were going. 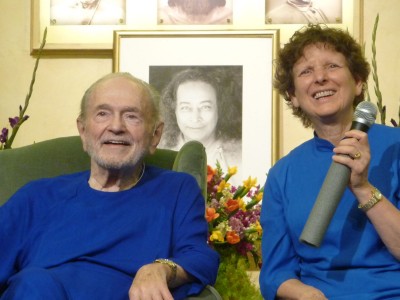 We talked a bit about the party. Then he said, ”If the eggnog is ready, perhaps I could have some now?”

He took a small sip. ”Hmmm,” he said, ”It doesn’t taste the way I remember it.” Then ever so gently, he spat the mouthful into the sink. ”Is this the recipe I sent you?”

”Not quite,” I admitted, and explained what I had done.

”Hmmmm,” Swamiji said again.  I am not sure people will like it. Perhaps we should think about making it again. Do you have any Eagle Brand here?”

Of course I didn’t. 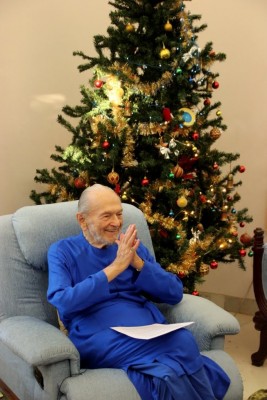 ”What do you think, Seva? Would they have it in North San Juan?” North San Juan consisted of a gas station and a mini-market, but it was ten miles closer than the big supermarket in Nevada City.

”Sir, there is a blizzard going on outside,” I said.

”Oh, Seva is a good driver, and that VW of hers can go anywhere,” Swamiji said breezily. Then, more seriously he added, ”She’ll be fine.”

A minute later, Seva was out the door and on the road. An hour and a half later she returned with everything we needed for the eggnog. Almost miraculously, she had found it all in North San Juan. Swamiji sat in the kitchen and we chatted amiably while I poured the first batch of eggnog down the drain and made it all over again, this time according to the recipe. 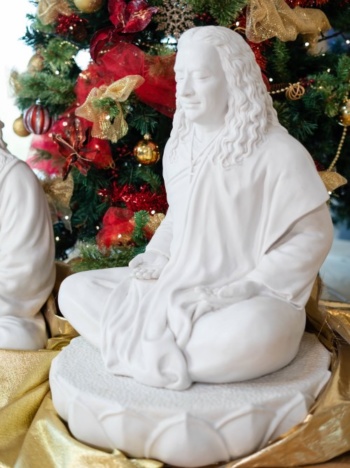 Yogananda: ”A pure heart is the way to God, not a pure stomach.”

After the party, many people thanked me for the eggnog. ”It really felt like Christmas,” they said.

Swamiji never scolded me or said an unkind word on the subject, but I got the point. ”A pure heart is the way to God,” Master said, ”not a pure stomach.”

From Swami Kriyananda: As We Have Known Him, by Asha Praver 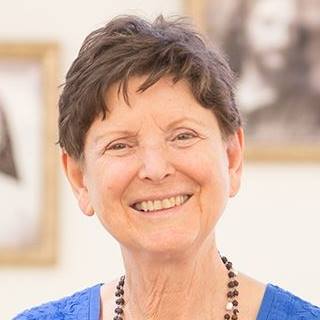