Since the 1990s, when the Human Genome Project (a collaboration among international scientists striving to sequence and map all of the genes of our species) was in full swing, the search for immortality has been gaining more acceptance among technologists working on a scheme to finally cheat death.

One such method is called cryonics, which preserves the body after death in liquid nitrogen for about 170,000 EUR(excluding annual fees). Alternatively, for the bargain price of 70,000 EUR, you can opt to freeze just the brain. The theory is that with the advancement of science, resurrection will be possible sometime in the future.

“We see it as an extension of emergency medicine,” says Max More, former President and CEO of Alcor, one of the world’s largest cryonics companies, in a BBC interview on August 2014. “I figure the future is a pretty decent place to be, so I want to be there,” he says. “I want to keep living and enjoying and producing.”

Not unlike the elaborate mummification rituals of prominent ancient Egyptians, when internal organs were painstakingly extracted and packed away in neat jars in preparation for the afterlife, some cultures today still insist on preserving the body as a part of the funeral rite.

What exactly about the physical body is so extraordinary that some will go to great length in order to hold onto it, even after death?
History, especially when examined through the lens of the Yugas Cycle as described by Sri Yukteswar, provides a fascinating look at our perception of the body.

The rise and fall of ancient Rome align almost exactly with descending Kali Yuga: the earliest recorded mention of Rome dates back to 753 BC; the end date of the empire is widely accepted to be 476 AD, after the last emperor’s death.

In The Yugas, David Steinmetz and Joseph Selbie observe:

Most people during [Kali Yuga], such as farmers, herdsman, artisans, soldiers, and slaves, were involved in physical labor. Activity was directed mainly toward physical ends such as food, clothing, and possessions. Even religious activity took the form of rituals and rigid offerings, sacrifices, and prayers. People were ignorant of their ability to change.

The Roman gladiator is a character worth discussing in order to appreciate how descending Kali Yuga viewed the purpose of the body. Tertullian (160 AD – 240 AD), a Christian author, noted the origins of the Roman gladiatorial games in his work On Spectacles:

People in the past thought they were performing a duty to the dead with this form of spectacle after they had moderated its nature with a more refined form of cruelty. Long ago, since they believed that the souls of the dead are appeased by human blood, they purchased captives or slaves of poor quality and sacrificed them at funerals. Afterwards, they preferred to disguise this unholy practice by making it something they enjoy. Thus, after they trained the people they had obtained these ways to wield the weapons they had as best they could (training them to learn how to die!), they then exposed them to death at the tombs on the day appointed for sacrifices in honor of the dead. And so it was that they consoled themselves with murder.

As gladiatorial combats evolved from battles between men for the purpose of sanctifying funerals into bawdy, brutal entertainment for the masses, they turned the most adept fighters into celebrities. No matter if they were criminals, slaves, or professionally trained combatants, fame awaits those that win.

We see in Roman gladiators a view of life typical of descending Kali Yuga, for when one’s lot in life is fixed, risking death is often the only way to live.

Whereas before, death was commonly viewed as entertainment, now, roughly a hundred years into Dwapara Yuga, life-greed is a force to be reckoned with.

Plastic surgery was, just a few decades ago, a secret affair reserved for the upper crust of society in an attempt to hold onto youth. Currently, such procedures are often gifted from parents to children upon entering the workforce in economically advanced countries like South Korea with the hope that these young adults will be more successful in life with a nicer face.

In early Dwapara Yuga, when the collective consciousness is still somewhat conditioned by the rigid, form-based mindset of Kali Yuga, the body has significantly shifted away from something to be exploited for labor, religion, and violent blood sport.

Now, the human figure has transformed into a tool to satisfy one’s material yearnings, something to be molded into an object of desire. If others approve of the way we look, we feel better about ourselves. Those that prescribe to this belief go to great length to get that perfect appearance and there is something for every budget – from affordable eye shadows to pricey nose jobs.

Even physical activity, something once unavoidable, has gone through a Dwapara makeover.

In Kali Yuga, if you did not toil under the sun to work the land, you did not eat. The rhythm of life matched that of nature, as artificial illumination after sundown had not yet been invented. Therefore, people didn’t need to be told to exercise; it was something that was built into every day.

Twenty years into the twenty-first century, the daylight hours of developed countries are mostly spent indoors, stressed and sedentary staring at a screen.

A new generation finds engaging with computer simulations of life more captivating than having to relate to objective reality and we are witnessing an exponential rise of global obesity and chronic illnesses caused by this new lifestyle.

We’ve heard that physical exercise is good, but if it wouldn’t be so tiring, we would do it more.

Increasingly, the motivation to become healthy, very much a Dwapara outlook, is being influenced by a gang of magnetic, impossibly fit and young individuals on social media – the darlings of the new generation. We want to be lean and radiant just like our heroes, so we mimic and buy what they recommend. So what if they retouch their photos beyond recognition? They have a million followers and that means they are totally trustworthy – everybody knows that.

And if we cannot be bothered with putting in the hours at the gym, there is always catfishing: a phenomenon of people taking on another, more physically attractive identity online in order to attract the attention of a romantic interest. Catfish seem to find comfort in hiding behind fake pictures and avoid meeting in-person at all cost; some keep this charade up for years. This deception is becoming more common with young adults, so much so that there is now a popular show exposing such scams. In an ever-more digitally connected world where a beautiful appearance is so easy to fake, why bother addressing the source of poor self-image when relief is just a click away?

What is the common thread behind this early Dwapara’s obsession with the body? It is the belief that, in order to feel better on the inside, you must first fix the outside.

The market thus responds with a plethora of gadgets, pills and potions that promise relief from that nagging self-doubt that just won’t give us peace.

We still haven’t found that perfect product, so better keep on shopping, scrolling, and salivating over the next big thing. Surely, the answer must be out there, somewhere …

Nayaswami Asha recounted an episode when she was speaking to someone about the folly of endless wants. Haven’t you notice, she asked, that the satisfaction of possession never lasts and we soon grow tired of that thing that we had to have?

How much longer do we want to play the same, sad game, only to find disappointment at the end of it all? How many more lifetimes do we want to waste chasing an elusive dream?

And yet this age of preoccupation with the little self provides all truth-seekers with the inspiration to pursue a bigger, all-encompassing Self. The teachings say that there are many types of reincarnated souls currently on the planet, with the stage set for battle between Atlanteans (technology) and Romans (politics; entertainment). Then there are reincarnated Indian souls, such as the ones at Ananda, quietly preparing for the calm after the storm, diligently using their bodies for service, meditation and devotion.

These souls know that the world is but an illusion, so to feel better outside, one must first go within – not the other way around.
Not surprisingly, in early Dwapara, the heart of this message goes unheeded to most.

To have a human body is to possess the complete set of tools for realizing God.

For the past couple of thousand years or so, in an age thick with tradition and materialism, the human body was just something to be used and discarded. Now that we have entered a more expansive age, will we still enslave our senses with worldly trappings?

Or will we strive to do our very best, no matter what our circumstances may be, to follow the roadmap out of chaos as laid out by the Masters of Self-Realization?

Remember: we are all headed towards the same destination in union with all that is; how long it takes us to get there, though, depends on how much we yearn to be free. 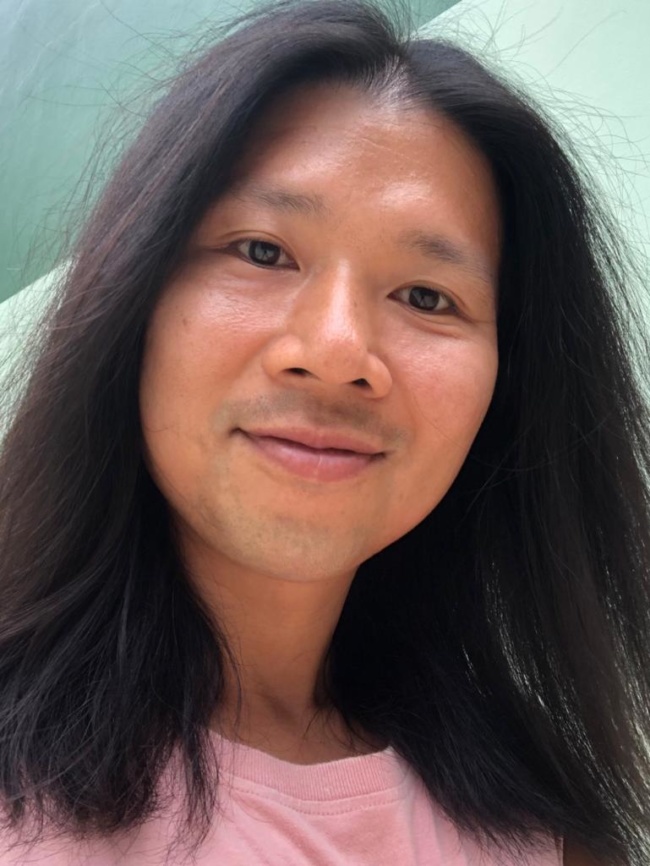