One of the most transforming years that our generation has known is about to come to an end: but the Planets say this is an opportunity for each one of us to go towards our own true Self.
Here is the planetary overview for November and December with a few end-of-year anticipations.

For those who love to look up and lose themselves in the fascinating vastness of the cosmos, November is a special month to do this. It is, in fact, possible to observe all five planets visible to the naked eye. Mars is still very bright. Just before dawn, Venus and Mercury can be admired. The duo Saturn-Jupiter, that accompanied us for a good part of the year, is still quite visible around dusk.  Furthermore, they continue to come closer to each other and will give us a spectacular conjunction on December 21st.

Jupiter goes around the complete zodiac about every 12 years. Saturn takes 30 to do the same, in fact, its name in Sanskrit is “Shani”, meaning “slow”.  In virtue of their relative speed, their destinies overlap every 20 years. This obviously does not occur in the same spot; this time it will occur in the constellation of Capricorn. This is quite significant. The Light coming from that constellation reinforces and exalts the power of Saturn while it seems to overshadow the characteristics of Jupiter. Jupiter stays in each constellation for about 1 year.

In Sanskrit Jupiter is called Guru or Brihaspati (the Guru of the Gods), since its vibrations are inherent to justice, truth and abundance. It is the planet of Dharma, the King of the benevolent planets, and its influences are aimed at supporting and expanding. Saturn, on the other hand, vibrates with obligation, responsibility, duty, and hard work. Its energy is contractive: it pressurizes and crystallizes. It is the planet of Karma, its influence is one of challenge. We must not, however, identify Saturn with suffering, but rather as an invitation to develop inner strength in order to overcome suffering.

These two influences seem to work together in individual lives and on a collective level, and their job is to balance one another. Although Jupiter can give us optimism, hope, and the vision of positive future events, it is not its dominion to put them into effect. Their realization and manifestation is Saturn’s job.

In this historic period, we find both planets in the same constellation for about one year (the length of Jupiter’s transit): Capricorn having austere and solid vibrations, Saturn being potentially very influential and Jupiter potentially “overshadowed”.

As we know, the winter solstice falls on December 21st; it is the shortest day of the year, or the longest night of the year. On the same day, the “grand conjunction” of Jupiter-Saturn will take place close to the point in which Jupiter is at its weakest. Technically we could say that the Dharma will reach its lowest point and from there on we could experience different levels of chaos.

Swami Yukteswar defined Astrology as “man’s response to planetary stimuli”. He adds, “Man is a soul and has a body. When he properly places his sense of identity, he leaves behind all compulsive patterns. So long as he remains confused in his ordinary state of spiritual amnesia, he will know the subtle fetters of environmental law. God is harmony; the devotee who attunes himself will never perform any action amiss. His activities will be correctly and naturally timed to accord with astrological law. After deep prayer and meditation he is in touch with his divine consciousness; there is no greater power than that inner protection.”

I will not go into into any acrobatic predictions…In India it is said: “astrologers make predictions and God laughs at them.” We only wish to demonstrate the “energetic potential” that is available, hoping that this awareness can help us utilize our subtle resources well. One strong possibility is that much discipline on everyone’s part will be needed, and we will all be called to tenaciously make an effort to build the world we desire, and, perhaps, without Jupiter’s complete support (for a year)…

We have already spoken, in previous articles, of the “particular” solar eclipses that occurred this year. On December 14th there will be another Solar eclipse (the last of them all…) which seems to indicate important energetic changes in the months to come. On November 14th Mars will no longer be retrograde in Pisces. We will not have any planets retrograde for some months.

Having once again begun its normal direct motion, the energy of Mars becomes stabilized and the emotional turbulence comes to an end. Mars is called Mangala in Sanskrit and means: “he who bodes well”. After the dissolution of negativity and after purification, his heart ardent with Devotion, Mangala – the Divine Warrior – resumes the race towards the realization of his destiny.

On December 21st he will finally enter the constellation of Aries – his constellation. If it is understood correctly, there is positive energy full of enthusiasm that rejuvenates, gives hope, and the possibility for rebirth. Mangala in Aries invites us to new beginnings and to manifest the Power of Divine Will.  Saturn tells us we are called to Duty. Jupiter invites us to explore new opportunities, new hopes.

Warriors of Light. Students of Life. Disciples of Superior Truths.

“…When the mind prays and prays, and prays again, heaven opens. Then you will be given all the convincing experiences by which you shall know that God is.”  Paramhansa Yogananda 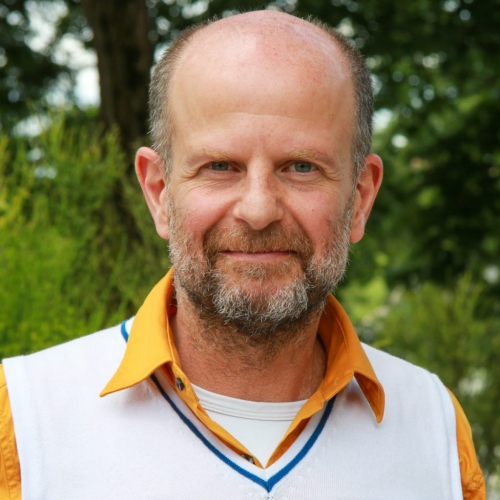