When the English author, Rudyard Kipling, was at the height of his fame, it was rumoured that such was his reputation that he received 5 shillings for every word he wrote, a large sum of money at the time. Wishing to have some fun, a group of Oxford students collected the sum and sent a telegram to Kipling, saying “Here is 5 shillings, send us one of your very best words.” And they eagerly awaited his reply, wondering what wonderful, poetic, scintillating word Kipling might send them. In due course, his reply arrived, again by telegram. On the telegram was written one word: “Thanks”.

“Thanks” really is one of the very best words and (usually) it costs nothing. Not only does it cost nothing, but saying thank you or showing gratitude is also greatly beneficial. Modern psychological research has shown that gratitude is associated with greater happiness. It helps people feel more positive emotions, appreciate good experiences, improve their health, confront adversity and build strong relationships.

And, of course, there are not only psychological but also spiritual reasons for expressing gratitude.

Kriyananda explains gratitude as “returning energy for energy received” and in this way it keeps the energy (in the form of kindness or generosity) constantly flowing. Ingratitude, on the other hand, blocks this flow. And like stagnant water, energy that doesn’t flow also stagnates and loses its life-giving vitality.

We might think of gratitude as three-dimensional, with each dimension interrelated with the other.

The first dimension is gratitude for obvious acts of kindness towards us. Let’s take an example from the Bible. On his way to Jerusalem, Jesus passed through Samaria and Galilee. On his way he met ten lepers, who begged him to heal them. Jesus simply told them to go and show themselves to the priests (an action necessary to confirm the healing) and, as they went, they found themselves cleansed. One of them, who was a Samaritan, when he saw he was healed, went back to Jesus and, as the Bible says: “with a loud voice glorified God, and fell down on his face at His [Jesus’] feet, giving Him thanks.” And Jesus said to him: “Were there not ten cleansed? But where are the nine?  Were there not any found who returned to give glory to God except this foreigner?” (Luke 17:11-19 NKJV)

So the first kind of gratitude seems obvious: saying thank you to the one who benefitted you as the Samaritan did with Jesus. It may seem obvious, but it was only obvious to one of the ten lepers (and he was a “foreigner”!). And if it isn’t possible to thank the giver in person or openly, gratitude can also be expressed silently by sending blessings or prayers. But like the Samaritan, we should remember not only to give thanks to the giver (Jesus) behind the gift, but also give “glory” (thanks) to God, the “one Giver behind all that we receive”, as Kriyananda calls Him.

This “paying back” of energy for energy received can also be done by “paying forward”. The idea is that instead of paying the energy you received back to the giver in the form of gratitude, you can pay it forward in the form of kindness to someone else, and not just one person but more than one. A novel entitled Pay It Forward by Catherine Ryan Hyde was published in 1999 and then adapted in 2000 into a film. In the book and film, “paying forward” is described as an obligation to do three good deeds for others in response to a good deed that one receives. In this way, the practice of repaying by paying forward can spread geometrically through society, at a ratio of three to one, creating a social movement with an impact of making the world a better place. So this is the first dimension of gratitude. Paying back (or forward) the obvious gift of kindness we receive.

A second dimension of gratitude is being grateful for the blessings we forget, the things we take for granted. In fact, we often take for granted the very things that most deserve our gratitude. For example, the gift of waking up each day, for which we do nothing; the workings of our body, our health; having the basic necessities of life such as shelter, food, water, freedom; the gifts of nature. Here, we might think of the famous canticle by Saint Francis (Yogananda’s favourite saint), in which he gives thanks to God (the Giver behind all that we receive) for brother sun, for sister moon and the stars, for brother wind, sister water, brother fire, mother earth, etc. for all the precious gifts we receive from the natural elements. And how often we forget our debt of gratitude to our friends, to our family (birth family and spiritual family) and loved ones; a debt that requires payment every day. Finally, many of us have what has been called “the greatest blessing in the three worlds”, which is to have a Guru. Something definitely not to be taken for granted and something for which we should be constantly grateful.

If the second dimension of gratitude is counting one’s –often unacknowledged– blessings, the third dimension is the one many of us find the most difficult to practise: namely, giving thanks for everything that happens to us, including (what we consider to be) the bad things. There is an expression in Greek that comes from St John Chrysostom, one of the early Fathers of the Church: “Δόξα τω Θεώ πάντων ένεκεν”, which means “thanks (lit. glory) be to God for everything”. Be thankful for everything that comes: the good and the bad. There are things we think are good for us but may not be, and things we think are not good but may be. By accepting everything that comes our way with gratitude as an opportunity for our spiritual growth, we accept that God, Divine Mother, Guru, the Universe (call it what you will), knows what’s best for us and, in so doing, we express our faith in divine providence.

Before you go back to whatever you were doing or have to do, take a few minutes to reflect on at least three things you have to be thankful for. Better still, do it at the end of every day. Or even better, at the end and at the beginning of every day. Start a gratitude journal. Making a commitment to writing down good things each day makes it more likely that you will notice good things as they happen and allows you to refer to them in challenging times. Be like Yogananda, who writes: “I will find something each day for which to give thanks, and thus form the habit of gratitude for all the good gifts the Father has bestowed upon me.” 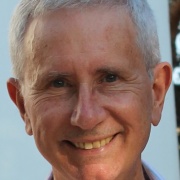