With these words, Lahiri Mahasaya highlighted one of the cornerstones of the path of kriya yoga: its universality. The liberating technique of kriya can be applied by everyone, regardless of their culture, religious beliefs, ethnicity, or social position.

In those days (Lahiri Mahasaya lived in the 1800s), social inequality was very prevalent, thus making his statement, in a sense, revolutionary. Even today, unfortunately, we are struggling as a society to be free of the discrimination that exists against different ethnicities, different religions, and so on.

Here, Lahiri Mahasaya gave us a clue on how to overcome these superficial differences and thus bring unity to our fractured society and world: play whichever role you have in life, and also meditate. He urged his students to solve all of their  problems through the practice of kriya yoga, while keeping a responsible involvement in their day to day duties.

It may seem strange, that in order to bring outward unity, we are encouraged to go within ourselves. However, if we think about it for a moment, it makes perfect sense. Outward and superficial differences will always exist between different countries, different cultures, different people… not even two snowflakes are the same, how could anything else ever be? Inwardly, however, everything and everyone is an inextricable part of God. Whomsoever finds that spark of Divinity within himself will easily find it in everyone else, thus naturally and easily feeling a deep sense of unity with all peoples.

Paramhansa Yogananda was sent to the United States by his guru in order to unite “the material efficiency of the West with the spiritual efficiency of the East.” While spreading the teachings of yoga in America and Europe, he never tried to “indianize” the Westerners, nor to “westernize” the East. Rather, he worked with his students in such a way that they could find within themselves the best qualities that are more easily manifested in either East or West.

On the other hand, that which is spiritually true on “macro-scale” is also true in the “micro-scale,” for individuals. This phrase of Lahiri Mahasaya’s can help us not only to bringing societal differences to a point of rest, but it also applies when bringing our own inner conflicts and contradictions to that same resolution.

There is a story about a student of Yogananda’s who was addicted to the drink, but he also had an ardent and sincere spiritual longing. When he took kriya yoga initiation from the Master, his friends laughed at him: “You cannot even put down the bottle!” they mocked, “how can you ever hope to make any spiritual progress?”

“Well,” said the student, “it is true that I cannot get rid of my addiction, but at least I can do this one good thing.”

With this resolution, he would sit every day in meditation with his kriya mala on one hand and a bottle of whiskey in the other. He would do one kriya, then take a sip, do another kriya, take another sip, and so on.

Finally, the day came in which the bliss he was getting from his practice of kriya was so intense that he looked at his bottle of whiskey and said: “I don’t need this!” He threw it away, and never drank again.

The point of the story here is that it doesn’t necessarily matter what our faults are. Incidentally, it also doesn’t matter what our role in life is: whether we are monks or family men, CEOs or street sweepers. Too much energy is wasted in feeling guilt over our perceived faults (real or otherwise), or in wishing that our situation were different than what it is, or that we were somewhere else than where we are. At the end of the day, these things are not so important. What matters is that we make the right spiritual effort now. If we do that, then all of those other superficial things will either fall away or will stop bothering us. 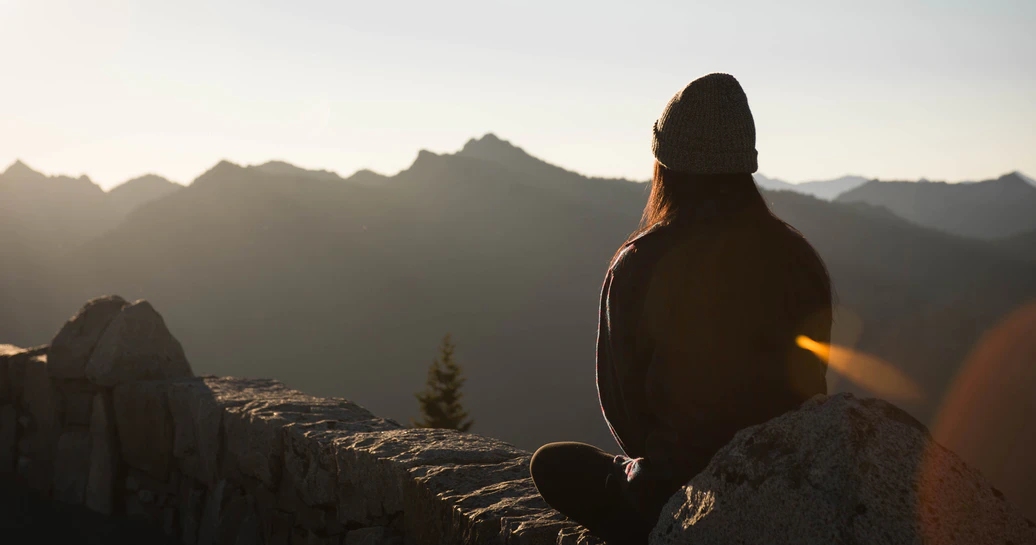 It is always good to remember that your profession, your station in life, your faults, your habits, even your personality: all of them are but garbs that you don, they are not who you are. They are not even an important part of you, no matter how fond you may be of some of them. These things give flavor and richness to the drama of life, paint it a certain color, but they are not an integral part of your identity as a child of God. Once you realize this, you will be able to live life perfectly, without even feeling a need to change any of its circumstances, because you will be in tune with the Divine plan for you. It will not matter then what clothing of personality and station you wear, you will be ever happy and contented, and in perfect harmony and inner union with everything around you.

Ten years ago I was facing some difficulties with money and I spoke with my spiritual counselor for advice. His answer stayed with me all of these years. He simply said: “First, get your meditation practice strong. If you do that, then everything else will fall into place.”

It has always proved true for me. Try it, and make it be true for you as well!