To begin I would like to share a poem I wrote about how we cannot capture God in a concept:

Not a tree and not a church
even not the widespread earth
can contain me as I am,
omnipresent in all men,
in their hearts and in their love,
in their thoughts which rise above
sorrow, fear and pain
to meet me again.

In 1979 when traveling in India, as so many of us did, I found in Jesus my guiding light. A wonderful true story which changed my life forever. The beginning of my conscious spiritual path and its foundation.

Later, at a certain moment in my life, I had to leave the church whose services I had loved to attend for some years. Though the members were lovely people who walked their talk, I felt it had become too dogmatic, excluding others who wouldn’t profess the exact same creed. Excluding them not only from their church, but from God’s grace. I couldn’t accept that any more. 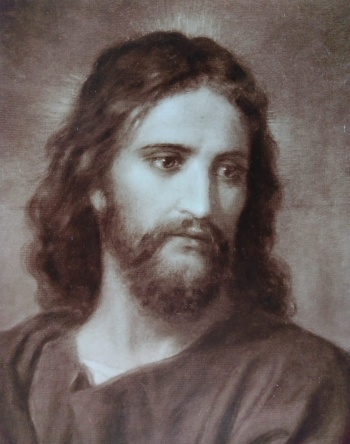 As a Christian I think of the Jewish religion as our older brother whom I love. I also feel a special bond with all truth seekers.

When I left the dogmatic church, I heard that it was said about people who leave, that they would have to go through great difficulties in their life, such as committing suicide or becoming drug addicts. I said to myself: ”I am not leaving without Jesus. I am leaving with my Master, with Jesus and in the Spirit.” I left and went my way. It still was a challenge for me which required courage.
We had beautiful songs in that church, but I couldn’t sing them anymore without a kind of a fear, a kind of ambivalence. So I didn’t.

Reading Martin Buber I learned about religion beyond dogmatism or institution, which has to do with perceiving and responding in the here and now in daily life. That gave me a lot of support.

One day a friend took me to a meditation with a group of devotees of Yogananda. They were singing beautiful songs and meditating. While they were singing Yogananda’s cosmic chants I couldn’t help crying. I cried tears of love the whole time. And I knew this was “mine”- this was for me; it was resonating in my heart. But at the same time it made me remember the experience I had gone through previously and I felt that I still had to resolve something inside. I just said to myself: it’s not now.

It was much later, when I had a period of time off from work and had the chance to live in my brother’s caravan by the riverside that I had time to let go of old things and to be open to new things. And so I read the Autobiography of a Yogi. Surrounded by silence my heart opened. I was deeply connected to nature.

My heart was open to receive, and reading the Autobiography of a Yogi touched my whole being, my whole inner being, my heart and my soul. Even if I didn’t understand it all, it didn’t matter to me. The energy of love, wisdom, depth in that book was filling me. It was Yogananda touching me.

At the same time I was already dreaming of living in a community; I even did so for a while. It was in my heart. I wanted to live in a different way. In a way that honors friendship, that honors what people can be, love between people and simple living. I was ready to live in a tepee. 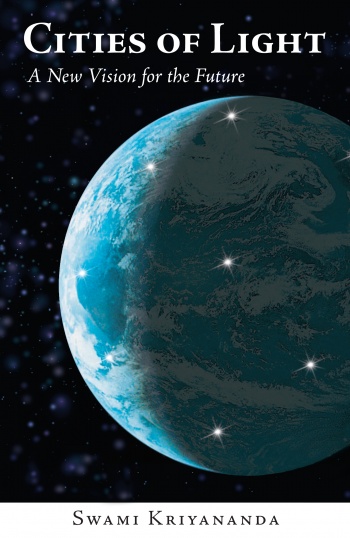 There existed a journal called “Esotera” and I had a copy. There was a tiny little advertisement in it about a book with the title ”Cities of Light” about building spiritual communities, written by a disciple of Yogananda, Swami Kriyananda. To my surprise, a community existed in Italy! That was not far.

So I called and said: “Hello, I have heard you are a spiritual community. Do you still have a place there?
Could I come and live with you?” A woman replied: ” Why don’t you come and get to know us first? You’re always welcome.”

So, on Yogananda`s birthday I came to Ananda for the first time and that was the beginning of a lifelong friendship. And the beginning of me “living at Ananda”, I feel, even though it was only later, after many years of visiting Ananda, that I actually moved into the community. Why didn’t I move in there right away? I couldn’t tell.

But now I know: visiting there, again and again, absorbing the wisdom shared by Swami Kriyananda, deepening my meditations, having Yogananda as my Master, who also brought me a deeper understanding of Jesus and his teachings; all this was so fulfilling for me: it enabled me to serve joyfully as a psychosomatic nurse for many years. It felt like my Dharma, the right way for me. When I was stressed my colleagues would say: “I think it’s time for you to visit Ananda.”

Another expression of Yogananda`s sweet care, even in details, was that in both of the clinics in which I worked after that, there was another devotee of Yogananda among my colleagues. 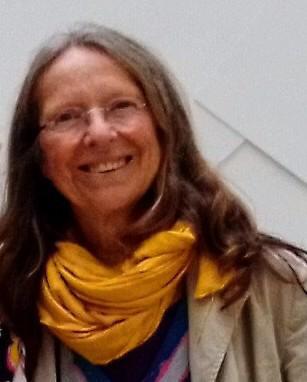 When I finally came to live at Ananda, it was such a natural thing; so very natural. It had been clear to me all the time that I would arrive at the right moment. And here I am.

Of course that happened to me also where I used to live, at work, with my colleagues or patients, but here it becomes every moment. You look into someone’s eyes, you talk with someone, you do service together and there is always this presence with us, around us, within us. This is almost something that cannot be expressed in words and perhaps one should not even try. But how to convey what it means to live in a spiritual community without expressing something extraordinary?

Above all I can feel Master’s guidance.
I am very thankful.