Failure is the jumping off point to success.

When a door closes in your life, don’t beat on it, hoping it will open back up…look for the open doors.

There are no obstacles, only opportunities. 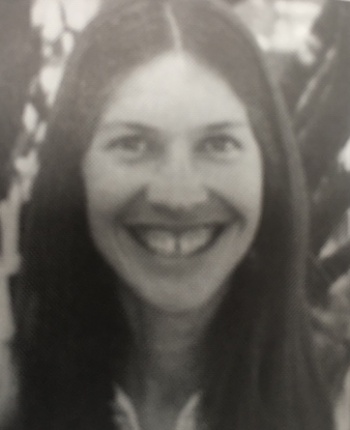 These were my unconscious directives in 1973, when my 4-year marriage ended: I didn’t want to dwell on my “failed” marriage and I sensed that a major change was trying to happen in my life.

So I took a year’s leave of absence from the middle school where I was teaching in California, and decided to return to Europe, where I had spent my junior year at the University of Gottingen Germany, 6 years before.

Before I left, I went to say goodbye to my best friend and let her know I would be gone for the next year. Already the guiding hand that had liberated me from a marriage I had thought would last a lifetime, was making its presence more apparent in this time of change. My friend said: “Listen to this before you go”, and read to me from the chapter “Experience in Cosmic Consciousness” in Paramhansa Yogananda’s book Autobiography of a Yogi. I immediately felt inspired to read the book, but I was leaving early the next morning and didn’t have time to shop for it.

What I have since learned about discipleship is that the Guru is eternally aware of us and our needs, while we are often lost in our worldly pursuits, and totally unaware of why we have incarnated and what we are really seeking.

Often it isn’t until a crisis breaks us out of the rut, the habit-dominated course of our life, that we begin to wake up to the deeper purpose of our life.

So the divorce, the goodbye to my friend, the leave-of-absence from work, the flight to Europe, were all designed to take me out of my habitual life, with its self-imposed limitations, and to wake me up to my unexplored higher potential.

After several months of visiting old friends and traveling around Europe, I ended up in Athens, which I saw as a stepping stone to Israel, where I would explore life on a Kibbutz. One of the ideas that intrigued me was the possibility of finding a community where I would meet others who had similar ideas about living a practical spiritual life, in tune with nature, and with seeking truth. I had read the book Be Here Now. I had taken yoga classes, and had my first “spiritual” experience. I knew there was “something more to life” than a happy childhood, a good education, a good job, husband, home and children. There just had to be something more!

Now I was consciously seeking that “something more”. 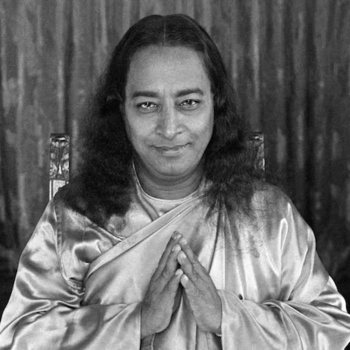 Paramhansa Yogananda says that when the disciple is ready the Guru appears, and that is exactly what happened to me!

As I was “hanging out” in Athens, with Christmas on the horizon, I let my parents know that if they wanted to send something for Christmas, a book on meditation or the Autobiography of a Yogi would be my choices. They sent a book on meditation, and Yogananda gifted me with the other.

On Christmas Eve, in the pensione where I was staying, there was a party, where I met a young fellow American, who was studying in Athens. On Christmas Day, when a large group of those sharing the pensione headed for a restaurant to celebrate the holiday, I found myself walking with and talking with Joe for hours. We had so much in common about life and what we were seeking…and then I discovered that he had brought only 2 books with him to Greece: the Bible, and the Autobiography of a Yogi! Yogananda had led me, experience by experience, to the answer to that “something else” that I had been seeking…a true teaching and a true Guru. I devoured the book.

There is a lot more to this story, but the short version is that once I had read the Autobiography of a Yogi, my heart and soul knew that this was the truth I had been seeking, and that I didn’t need to look further.

And in the 45 years of my discipleship (which I count from that moment while reading the Autobiography of a Yogi that I KNEW Yogananda was my Guru) there has never been a moment of doubt that Yogananda had led me in every decision, in every step that brought me to recognize the Guru-disciple relationship, and that brought me to the spiritual community of Ananda in California. 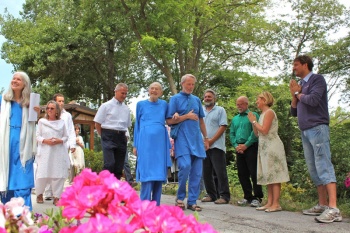 There, together with other disciples of Yogananda, and with the priceless guidance of Swami Kriyananda, I was supported and challenged in growing toward my highest potential.

Ananda community life, with its blessings and its challenges is never dull, constantly demanding more of me (if I am open to hearing the guidance of the Guru, and to seeing and walking through the doors opening to new opportunities). I have never regretted saying “Yes!” to the life of discipleship, to life in spiritual community. It has brought me level upon level of fulfillment and inner peace and happiness!

Kirtani is a founding member of the Ananda Assisi community of which she and her husband Anand have been spiritual directors for many years. 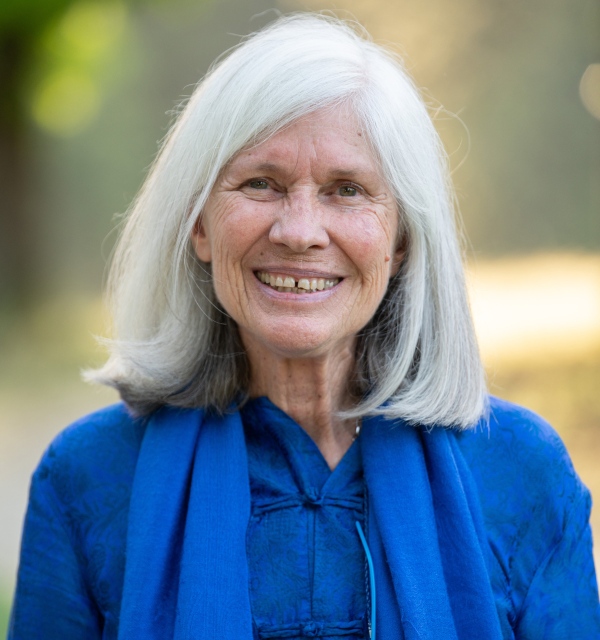