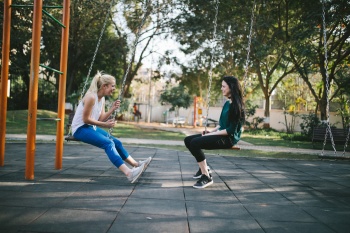 Patanjali, in the Yamas (the proscriptive principles) of his Yoga Sutras, had an interesting way of advising aspiring yogis to be truthful. He wrote, “Avoid non-truthfulness.” Indeed, if there is no reason to conceal a truth, isn’t it likely that one will want to be truthful? What Patanjali was saying, then, was not so much that truthfulness is a virtue acquired as that untruthfulness is a fault to be shunned.

It is a common tendency to tell unpleasant truths about other people, but pleasant truths about oneself. The tendency is common everywhere. I saw it in America, especially back when Warner Erhart’s “be-honest-with-yourself” programs, called EST, were popular. A former EST student in Honolulu once told a friend of mine that he wanted to “confront” me about something in my own nature that he felt needed correction. We met finally, and he made good his intention. I didn’t see his words as a confrontation, however. I thanked him sincerely, for I knew he was right.

Well, acquiescence wasn’t what he wanted! He’d been hoping for the ego-satisfaction of a triumph. He therefore spent another hour belaboring his basic thesis. Finally I said to him, “Listen, I agreed with you. I also thanked you for your good advice. What more can I do?” 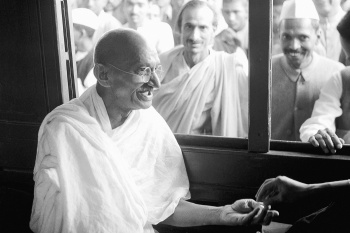 It seems to be a human tendency to wish to demonstrate one’s truthfulness rudely, rather than kindly. Indians remember Gandhi’s noble example of truthfulness, forgetting that he was graciousness itself. My own Guru, Paramhansa Yogananda, also taught that to be truthful is to express beneficial truths. Sometimes, it is true, he felt he needed to be very frank, but always it was to help people, never to beat them down. People with a real commitment to truthfulness are more interested in understanding themselves than in declaring other people’s faults.

This is a good point to remember. If you yourself like correcting others, try looking instead for whatever you have in yourself that makes you want to be critical. Isn’t it more important, in the sense of being more conducive to your own well-being, to work on improving yourself? Let the world go its own way. You’ll never change it by criticizing it! You have a big enough job, surely, improving yourself. That, above all, was what Patanjali meant with his advice to avoid being untruthful. Don’t hide from unpleasant realities in yourself.

More from this author: See all
About Swami Kriyananda
Stay Inspired